Four of the Most Unusual Handguns Ever Made

Most people who are around guns know of the great handguns that have been with us like the Colt Single Action Army, the 1911, the Model 29 Smith & Wesson and so on and so forth. Throughout the years there have also been some unusual handguns that were created that you might have never seen before.

Here are four of the weirdest handguns ever made.

The Dardick was the brainchild of David Dardick.  It was a double action revolver that had open chambers that could be loaded from a magazine. The first model was the 1100 which featured a ten round magazine and all of the Dardick handguns were designed around another of his creations, known as the tround. 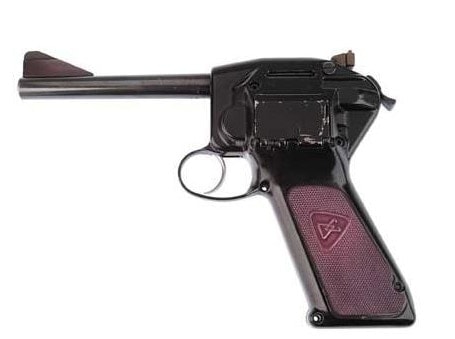 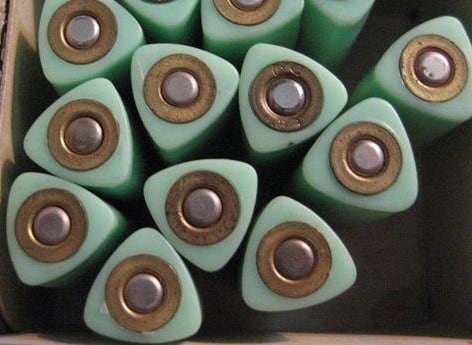 The tround was a triangular shaped cartridge.  Because of the revolver’s open chamber, the round was supposedly able to eject and load faster than a standard cartridge. There were several versions; the Dardick 1100 had a ten tround magazine that fired .38 Dardick. The model 1500 had interchangeable barrels, was in .38 Dardick, .30 Dardick, and .22 Dardick and a carbine adaptor kit was available.

One of the major downfalls of the Dardick was the magazine was not detachable and needed stripper clips to be loaded rapidly. The Dardick itself was a flop in nearly every sense of the word, but it was certainly unique. 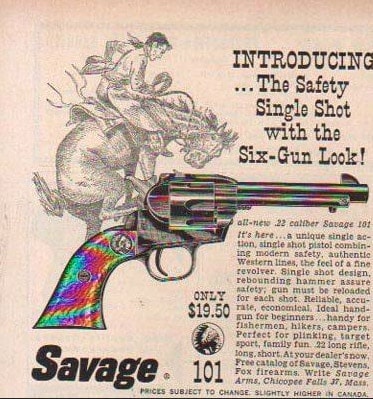 hotter than ever with the Colt Single Action Army and the fairly new Ruger Blackhawk and the Single Six. Other companies vied to get into the sixgun game as well and Savage was no exception, however their take on the idea proved to be rather unconventional—the Model 101 pistol.

At first glance the Savage 101 looks like any other single action revolver, but when you get up close you’ll notice something strange—the little 101 happens to be a single shot .22 caliber pistol with the barrel and cylinder (if you can call it that) opening to the right so it can be loaded and unloaded. When loaded the gun was a traditional single action that required the hammer to be cocked before it was fired. The problem was that though the Savage looked the part, most shooters wanted the real thing and with the Ruger Single Six priced affordably they could get it. The Savage was also plagued with a heavy trigger pull and, with only one shot, limiting features like these spelled the 101’s demise. It was made for only eight years before the plug was pulled. The little Savage’s can still be found today for a pretty cheap price and some collect them though there is little value in these .22’s on the auction block.

If you mention the first double action percussion revolver most people erroneously think of the Starr revolver which was introduced in 1858, but two years earlier a double action only revolver was patented and put in production for C.S Pettingill by Rogers, Spencer & Co. with the earliest guns having a patent date of 1856. The Army version had a 7 ½ inch barrel and was in .44 caliber and having perhaps the strangest grip frame of any revolver to date. It was not a successful design overall and there were only 3,400 ever produced.  These did see combat in the Civil War however. A smaller .34 caliber Navy version with a 4 ½ inch barrel was produced but less than a thousand made it out of the factory. 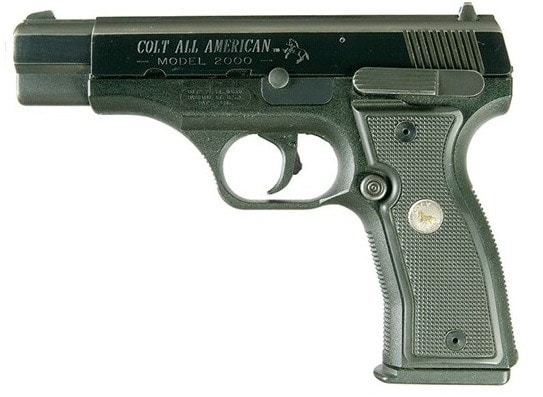 departments. The Glock had made a big splash and every other company was trying to find their own niche to corner the market. Colt had nothing prior to offer other than the tried and true 1911 but they were still stinging from losing the contract with the U.S. Military after their venerable .45 pistol had been replaced by the Beretta M9. Their savior was to be the Colt All American 2000.

The Model 2000 was designed by Reed Knight and Eugene Stoner and featured a rather unorthodox rotating bolt and lug design similar to that of the AR-15 rifle. The gun was chambered in 9mm and had a fifteen round magazine. Despite having some really innovative features such as an ambidextrous magazine release, being double action only, a grooved anti-glare top strap that was normally found only on shotguns at the time and not having a pretensioned striker that allows the gun to fire on the same cartridge several times without having to rack the slide, the Model 2000 was ultimately fraught with problems like inaccuracy and unreliability. The Model 2000 was only produced from 1994 to 1996 and only twenty thousand were ever made.  Some say, with its demise, it possibly took away Colt’s chances of getting a foothold again in both the law enforcement and military’s sidearm inventories (though others beg to differ).

The world of firearms is full of great guns, both the ones that we know and can readily identify and those that have come and gone without notice much like the Edsel and the Amphicar. And it’s my belief that these noble, though failed experiments are just as important as those that galvanized modern warfare. These guns seemed like good ideas at the time and each attempted to address real problems shooters have had to overcome, perhaps at times thinking too far outside the box but always in pursuit of innovation. These unusual guns may have failed to make a splash for whatever reason, but they still have a place in my mind alongside the great firearms we know and love.