Campbell’s Tomato Soup and Marilyn Monroe weren’t the only things that caught Andy Warhol’s eye. Evidently, he also had a thing for guns – or at least paper targets.

The Andy Warhol Foundation for the Visual Arts is about to disperse a collection of Warhol pieces, which includes a number of paintings that have never before been seen by the public. The two worlds of gun proponents and art aficionados don’t typically cross paths, so we won’t bore you with too many of the artsy-fartsy details. The one piece that you might be interested in, though, is Three Targets.

Huh. Who knew paper targets could be considered works of art? If that’s the case, then we’re regular Pablo Picass0s with all the paper targets we’ve torn through. Unfortunately, none of our paper targets will fetch the whopping $1 million to $1.5 million price that Three Target is expected to bring in.

Just to be clear, though, this art piece isn’t actually a collection of three paper targets. It’s a 20-foot-wide canvas with painted-on bulls-eyes and bullet holes.

Part of the reason why this painting is so important is that Warhol completed it several years after he was shot by Valerie Solanas, a radical feminist. And it wasn’t just a “we’d like to keep you overnight for observation” trip to the hospital, either – the doctors had to actually open up Warhol’s chest and massage his heart to keep him alive. The incident had a major impact on Warhol and his art. 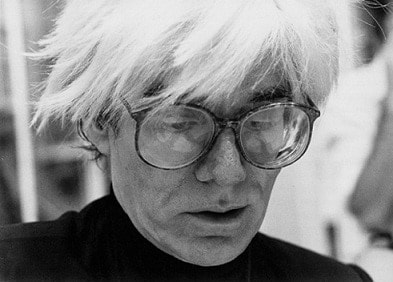 Is that himself that Warhol’s representing on the canvas, punched through with bullet holes? It’s hard to say – we’re not sure if this painting is supposed to be grim or triumphant.

Warhol fans can place a bid on the art piece in the upcoming live auction at Christie’s on Nov. 12. A number of other pieces, such as a collage of Jacqueline Kennedy estimated at $200,000 to $300,000 and a self-portrait estimated between $15,000 to $20,000, will also be on sale. The sales will probably take several years to complete and will rake in close to $100 million.

Too rich for your blood? The foundation will liquidate the entire collection of over 20,000 Warhol paintings, drawings, photographs, graphics and prints. A few of those pieces are expected to sell for figures below $10,000. Want to own your very own, authentic Andy Warhol original art piece? Now’s your golden opportunity.

So, what will the Andy Warhol Foundation do with its upcoming pile of moolah? They’re going to turn the cash into grants for nonprofit arts organizations. Michael Straus, the foundation’s chairman, explained, “We’d rather see our money go to artists than lawyers.” Yeah, we’d have to agree with him on that one.

Maybe one of those young artists will take a page out of Warhol’s book and reintroduce guns to the world of art. We could use a few advocates to counter the gun control art that’s been popping up recently.