On Saturday, the city of Memphis is holding a gun buyback program, nicknamed “Gas for Guns,” in which city residents will have an opportunity to turn in unwanted firearms for $50 Mapco gas cards and preseason tickets to a Memphis Grizzlies game.

The event will run from 10 AM – 2 PM at the Bloomfield Baptist Church and will be what local police have called a “judgment-free” zone – meaning, participants will not be asked any questions about where/how they’ve obtained their firearms.

Moreover, the firearms will not be tested or inspected to see if they were used to commit a crime, officials say.  Instead, they will head straight to the furnace or the trash compactor.

“This is a judgment-free zone,” Memphis Police Department director Toney Armstrong told the Commercial Appeal. “You can just turn in the gun and simply walk away. We just want the guns.”

City officials are excited about the prospects of this year’s program.

The Mayor of Memphis, AC Wharton, told the Commercial Appeal that over 1,600 guns were reported stolen in the city last year.

“Those guns didn’t just evaporate and disappear,” he said.

“Somebody knows where those guns are. It may be a mother who found it under the bed or in a shoe in the closet, but she’s torn between snitching on her son and getting that gun out. We want to get that gun out and get it off the street.”

But critics of these exchanges claim they do little, if anything, to impact crime rates.

“If you look at the crime rate before and after, there’s hardly even a blip. The numbers stay the same,” Senior Editor for theGunMag.com, Dave Workman, told the Commercial Appeal.

While the facts certainly backup Workman’s assessment, proponents believe in (what I call) the ‘theory of one.’  That is, pulling one unwanted firearm off the street can save lives. 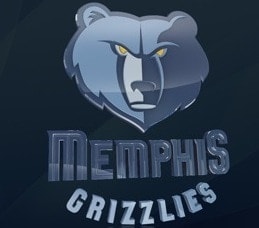 “It is doubtful that any hard-core criminals would be turning in their guns,” said professor McClurg, told the Commercial Appeal.

“The swaps or trades tend to come from older people who are turning in nonfunctional guns. I’m guessing that most of them are guns that have been kept around households unused for some time. It probably does very little to affect street crime rates,” he continued.

“On the other hand, if there’s one less gun lying around unsecured in a household, that’s potentially one less accidental shooting, one less adolescent suicide or one less stolen crime gun.”

The ‘theory of one’ is certainly seductive, but one wonders about the opportunity costs of buyback programs.

For example, is it worth pulling 1,000 guns off the street and destroying them if 100 of those are linked to crimes and could potentially help police indict criminals?

What message(s) do buyback programs send to the public?  That one should be afraid of guns?  One should give up his/her means of self-defense?

Overall, would the money and resources used on “Gas for Guns” be better spent elsewhere?

Of course, there’s also the political agenda to consider, i.e. the way politicians use these events to pitch a ‘feel-good-story’ to the public.

In any event, some food for thought.