The security detail that protects the Pennsylvania House of Representatives is being disarmed following news that one of the 16 guards that patrol the State Capitol had a criminal history.

While decision to disarm was actually made back in May, when lawmakers discovered that House security guard Brian Marhon had several run-ins with the law, the story is just now making headlines.

Prior to 2006, neither the House nor the Senate security detail carried firearms.  For many, the thought of arming the security detail in either chamber was redundant.  After all, the State Capitol already has its own armed police force, the Capitol Police, so why should it arm the security guards as well? 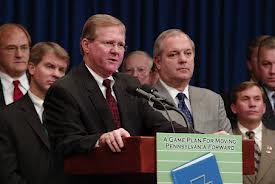 (Of course, this begs another question concerning bureaucratic redundancy, is it really necessary to have both a police force and a two-chamber security detail?)

In any event, in 2006, the legislature voted to give itself a pay raise.  Well, this didn’t go over real well with the public.  Needless to say, people were angry.

In the wake of the pay raise controversy, House leaders decided that it would be a good idea to start arming the guards, although they didn’t cite the pay raise as the reason, but instead gave the pretext that it was to prevent against terrorist activity, citing a shooting that occurred at the U.S. Capitol in July of 1998 in which two guards were killed.

Was the pay raise really the reason for arming the guards?

It’s difficult to know for sure, but the point is all the House guards were given .357 caliber handguns after receiving firearms training through a special program at Temple University (Interestingly, the Senate guards remained unarmed).

So, these House guards get used to carrying their state-issued firearms.  And over the years, everything runs perfectly fine; there are no incidents or accidents involving the guards and their guns.

Then, as mentioned, in May, it was discovered that Brian Marhon had a criminal history.  The Philadelphia Inquirer noted:

Does his mildly ‘checkered past’ make him unfit for duty?

Well, not according to his former supervisor, Phil Frederick, who spoke very highly of Marhon, telling the Inquirer that Marhon was “an exemplary employee.”

But lawmakers weren’t willing to accept Frederick’s assessment of Marhon.  So not only did they fire Marhon, but they asked Frederick as well as two other supervisors to resign.

Following the incident, legislators made the decision to disarm the 16 House guards.

A couple points to make, first, over the years, polices regarding background checks for new security guards have been tighten.  It would be safe to say that now someone with a criminal history would not be hired.

Additionally, and with respect to Marhon, the policy requiring guards to report all run-ins with the law was not passed until 2009, after Marhon’s last minor offense, according to Frederick.  So, technically, he didn’t have to report those offenses.

As for the issue of redundancy that was addressed by House leadership in the following way:

But in the final analysis, says Stephen Miskin, spokesman for House speaker Sam Smith, having armed sergeants-at-arms for the House is somewhat redundant.

“The capitol is already protected by the Capitol Police — an armed police organization,” Miskin tells KYW Newsradio.  “And then the House and Senate have separate sergeants-at-arms, or security details, to protect the chambers and obviously the members.”

And Miskin says all those security personnel are in constant communication, and there’s no need for another armed security detail.

Two final questions: What’s the point of an unarmed security guard?  And, isn’t the real redundancy having a police force and a security detail?