Club Security Confiscates Patron’s Gun, Force Him to Buy it Back for $500

Police in Scranton, Pennsylvania, are following up on a complaint that bouncers at a local nightclub confiscated a patron’s firearm and did not return it to him until he gave them $500.

Since the investigation is ongoing, details are sparse, but here’s essentially what we know based on the Times Tribune’s account of the incident:

City police are investigating a report that security at a North Scranton after-hours club took a city man’s gun, then forced him to pay $500 to get it back early Sunday.

Acting Scranton police Capt. Glen Thomas said George Ramos II, 22, of North Scranton, was involved in a fight at the Zone Club, 1826 N. Main Ave., and security took his gun while he was leaving.

Mr. Ramos – who is licensed to carry the weapon – got it back, but only after security at the club forced him to hand over $500, Capt. Thomas said.

This incident raises some obvious questions, probably first and foremost, can a business or an establishment – like a bar or restaurant – legally seize your firearm?

Overall, the answer to this question is “no” (although, laws vary from state to state; by this I mean who knows what someone like NYC Mayor Michael Bloomberg has sanctioned).

However, that doesn’t stop businesses from enacting policies that give employees the impression that it’s okay to take a patron’s property.

Back in August, for example, the pro-gun blog ‘Shall Not Be Questioned’ cited L.L. Bean’s company policy on weapons, which states:

Any weapon such as guns, knives, swords, laser pointers, and any other items that can harm the customer will be confiscated and given to proper authorities.

Now, as the author of the article correctly pointed out, employees of L.L Bean can’t take your stuff.  They can openly ban weapons (in which case, you should respect their rules), they can refuse to let you in, they can demand that you leave the premises, they can physically escort you out, and they can call the cops, but they can’t seize your property (obviously, all bets are off if you’re doing something illegal or you plan on harming someone). 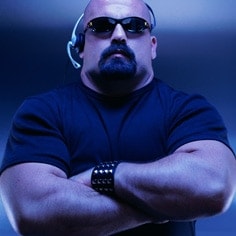 In general, the same applies to any restaurant or nightclub.

However, the specifics of this situation in Scranton are different.

First off, why was Ramos bringing a firearm to an afterhours nightclub?  Commonsense should tell him that nightclubs and guns don’t mix (just ask Plaxico Burress).  There are very few exceptions to this rule.

Secondly, it was reported that he got into a fight, which would justify (in my opinion) why security confiscated his firearm.

With that said, it still doesn’t give the bouncers the right to extort Ramos to the tune of $500, which is apparently what they did.  They should have returned it to him after tempers had cooled.

However, there could be more to the story, for instance, did Mr. Ramos damage any club property in the altercation?  Did he have an unpaid bar tab?

Who knows?  Also, why weren’t the authorities called in right away?  One would assume that upon being extorted, he/she would call the police before dishing out $500 to the security detail.

In any event, there are a lot of head-scratchers here.  But if we are to learn something from this it should be try to frequent places that are pro-carry, stay clear of businesses that have unlawful confiscatory weapons polices.