After founding editor Jerry Tsai of the new and sexy RECOIL firearm magazine made several controversial statements about private gun ownership, the gun community—including many leading firearms and accessory manufacturers—responded harshly, and in order to protect his company from his own words, Tsai will be stepping down as editor of RECOIL magazine.

In a RECOIL feature about Heckler & Koch’s MP7A1 submachine gun, Tsai said that he agrees with HK’s policy about not selling this gun to civilians, that some guns are too dangerous to be available to the public. Reader and non-reader reaction was instant and venomous. People everywhere were quick to point out that gun ownership is a right and that Tsai demonstrated a lack of principle in his wavering support of the Second Amendment. 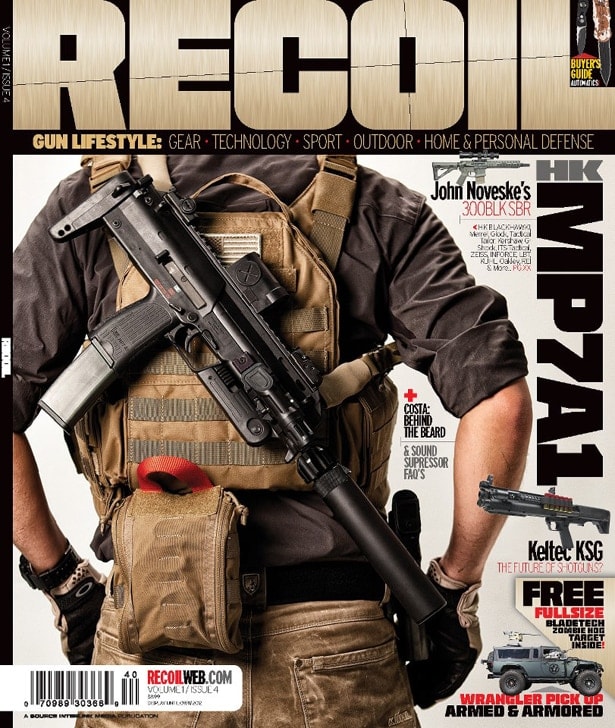 Tsai made several follow-up statements including an apology, but every one of them defended his original statement, that private ownership of MP7s would put law enforcement at risk, and that without a “sporting purpose,” there was no reason to allow this gun to be sold on the commercial market. Immediately the bulk of RECOIL’s firearm industry sponsors pulled their advertising from the magazine.

“Some readers have misinterpreted a recent feature story in RECOIL magazine as a reflection of HK policy. Heckler & Koch has a long presence in the U.S. civilian market and throughout that time has been an ardent and passionate supporter of the Second Amendment and the American civilian shooter. This will always be the case. The contents, opinions and statements expressed in that feature story are those of the writer, not Heckler & Koch’s. Additionally, the writer and RECOIL magazine have issued a clarification and apology for the ill-chosen words used in the story. 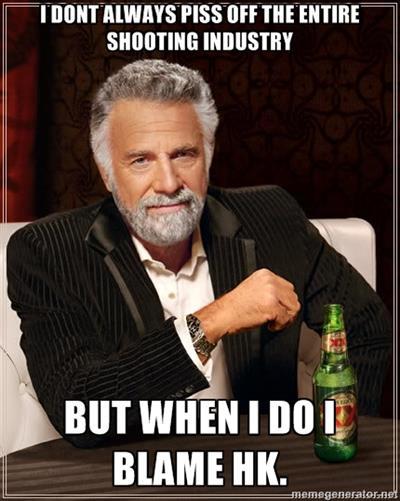 “The HK MP7A1 4.6mm Personal Defense Weapon (PDW) mentioned in the story is a selective-fire product (capable of full automatic fire) and is currently restricted to military and law enforcement agencies by BATF. HK-USA has previously researched introducing similar commercial products, chambered in 4.6mm, but it was determined that the final product would not have enough appeal or be legally feasible.”

HK is right, of course, about the MP7A1 not being legal to sell in the U.S. to the general public. Legally machine guns, unless registered before 1986, are prohibited for sale to individuals all thanks to the Hughes Amendment. In order to make a version of the MP7 that could be sold on the open market, it would have to have a 16-inch barrel and be semi-automatic.

On top of that, HK would have to market their 4.6x30mm cartridge, which is similar in concept to FNH’s 5.7x28mm—and not the high-water mark for market penetration.

Effective immediately, Tsai will be stepping down from the company he made. With RECOIL’s own sponsors calling for his resignation, this shouldn’t be too surprising. It is not clear if he is leaving the project entirely, but one thing is certain: no one at RECOIL is likely to call private gun ownership of firearms—of any type—into question again. It may take time for RECOIL’s reputation to recover (if it does at all), but this will no doubt speed it along.

“It is very difficult for me to walk away from something I helped create, something that I loved doing, and something I firmly believed would appeal to a fresh new generation of gun enthusiasts, but I accept that the comments in my story in the current issue have made my position as editor of RECOIL untenable.

“With that said, RECOIL is bigger than any one person, and if my departure will allow RECOIL to continue to grow and engage gun enthusiasts, then stepping down as editor is clearly the right thing for me to do.”

Photo credit Everyday No Days Off.