I happen to be an accidental authority on Star Wars.  I teach a college research writing class based on the Star Wars extended universe. So every spring, when the class is offered, I’m inundated in essays about all things Star Wars.

I’m old enough to have seen A New Hope in the theater (and all of the rest, too).  I loved the movies as a kid.  I played with there action figures.  I was always Luke Skywalker.  I wanted to be Han Solo.

I still want to be Han Solo.  Whenever I see a Mauser C96, I get a little wistful.  But not for the old broom handle artifact.  I want a DL-44 Blastech Blaster Pistol.  And I want to be cool.

While the Jedi and Sith are defined by their swords, everyone else carries a gun.  A blaster of some sort.  The most iconic of these is the DL-44 Blastech Blaster Pistol.

While most closely associated with Han Solo, the DL-44 makes other notable appearances.  When Luke Skywalker first meets Yoda in the Degoba swamp, he’s carrying a DL-44.  But let’s be honest.  This is Han Solo’s gun.  When Luke uses it, I always think he’s-using-Han’s-blaster!

There are three versions, at least, seen in the first three films (A New Hope, Empire Strikes Back, and Return of the Jedi, or parts IV, V, and VI).  They were either made by Elstree Props and/or Bapty & Co. I’m sifting through lots of information about this, and none of it is exceptionally clear.  Both companies are in London, where much of A New Hope was filmed.

Some of the guns in these moives are made of cast resin.  Others are actual firearms.  Even the DL-44s came in real, neutered, and resin versions.  It had more to do with the scene being shot and the prominence of the weapon in the scene.  But it makes details about these weapons really sketchy.

The original version of Han’s DL-44 had a longer scope.  The cone on the muzzle was black and perforated.  Then the scope is shortened.  In the final version, the scope is lowered and shortened again, and the cone on the end is aluminum.  These were all pieced together from other actual weapons.  Flash suppressors form old machine-guns, scopes from sniper rifles. 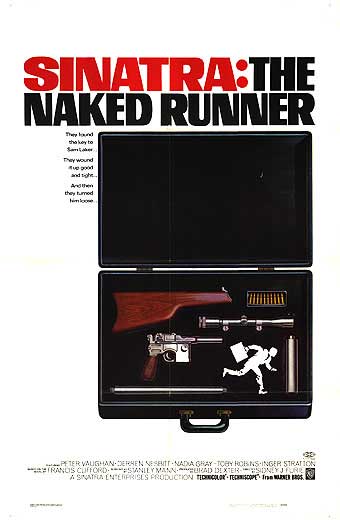 The original DL-44 was built on an actual Mauser C96 that had been used in The Naked Runner, a 1968 film starring Frank Sinatra.  There, it had a stock, a barrel extension, and a silencer.  The modification to a DL-44 would be easy enough, as there was no front sight to remove when adding on the conical piece that makes it a blaster.

In between the original Star Wars (which would only later be called A New Hope), and The Empire Strikes Back, the franchise went from being a be gamble to a huge hit.  There was money to make anything Lucas wanted.  And so the DL-44 was redesigned.  The conical muzzle was turned from aluminum.  The scope was shortened and brought closer to the blaster’s frame.  The detail work on the gun’s side (the additional dials and buttons) were refined.  This is the iconic prop we have come to associate with Han Solo.  It is so iconic that it is often cited as the gun Harrison Ford used when filming A New Hope, even by those who should know better (like The Internet Movie Firearms Database).

The Mauser C96, or Broom Handle Mauser, was produced from 1896 until 1937.  During the long production of the gun there were many variations made, and several different calibers, though it was primarily chambered in 7.63×25 Mauser. Many of these guns were equipped with removable shoulder stocks that could double as holsters.  They were very well respected in Europe, and in The U.S., but they never caught on here the way they did over there (where over a million are thought to have been produced).

The design teams that built these props went for the obvious.  Not that the Broom Handle Mauser is an obvious choice, but the actual Mauser used to make the gun was hardly disguised at all.  The most notable additions are the muzzle cone and the scope.  There are other small details. And the gun makes a different sound (and shoots some fancy laser packet type things).

The use of this C96 says a lot about Han Solo.  Harrison Ford’s character is a thin caricature of a Eastwood’s Man With no Name (especially The Good, The bad and the Ugly).  Han Solo is supposed to evoke the late stages of the American West.  Cowboys in conflict with encroaching technology.  The Mauser C96 came before the 1911.  In an era defined by revolvers and lever guns, the C96 marks the shift toward automatics and machine-guns.

Star Wars wasn’t the first to present this.  Joe Kidd, a 1972 Eastwood film, focused on this same clash between the end of the 19th century and the industrial revolution that would follow.  The Mauser C96-as-prop in Joe Kidd is as much a character as Simms, the villain who carries it.

In Joe Kidd, the clash between old and new is the central conflict.  But Star Wars uses these more like a trope.  Vader’s old school religious beliefs are in conflict with the industrial Empire.   Swords against blasters.

This is a very 20th century idea.  My ancestors carried swords into battle in The Civil War.  In World Ward I, men with bayonets fixed on the end of antiquated long guns charged headlong into machine-gun fire.

If anyone has any more information on the actual prop, the first one, from A New Hope, I’d like to know.  It has come to be known as “The Greedo Killer.”

What would the original Greedo Killer worth?

I didn’t understand George Lucas’s vision until I was much older.  The brilliance of the franchise is how it repackaged the familiar. Things we know inside and out.  Samurais.  Chivalrous knights. Cowboys, pirates, princesses.  Star Wars has less to do with Science Fiction and more to do with myths and legends.

This is a lesson Han Solo is reluctant to learn in the first movie.  “Hokey religions,” he says, “and antique weapons are no match for a good blaster at your side.”

He’s wrong, at least according to these movies.  It isn’t the blaster that prevails, but love.

Still.  If I’m sitting across the table from Greedo, I’ll have a DL-44 strapped to my leg.

Photo Credits:  The screen shots and promotional materials are all property of Lucas Film Enterprises.