Despite purchasing approximately 1.2 billion rounds over the past six months, the Department of Homeland Security is looking to acquire another 200 million rounds for the Immigration and Customs Enforcement Agency.

According to solicitations posted on the federal business opportunities network website, the government is looking to buy 200 million rounds of .223 over the next several years, in addition to 176,000 rounds of .308 caliber, 168 grain hollow-point boat-tail (HPBT) and 25,000 rounds of blank .308.

News of this information has some within the blogosphere predicting that the government is preparing for a sustained period of civic unrest, an “all-out American Spring” as Israeli National News described it.

James Smith, of the Prepper Podcast, warned that it is “the type of ammunition and not necessarily the quantity that is troubling.”
Smith argued that the .308 will be used to train snipers at the DHS (the blanks will be used to help government shooters work on their “breathing and trigger control”).

Paul Joseph Watson of Info Wars commented that the apparent stockpiling of ammo is “both worrying and ironic given that Americans are being harassed and treated with suspicion for buying a couple of boxes of ammo at their local gun store.” 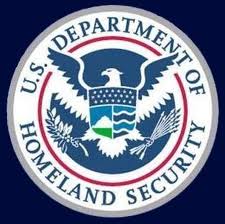 He goes on to state, “although the Associated Press and other media outlets dismissed concerns over the federal government purchasing large quantities of ammunition as paranoia, the fact that the DHS is preparing for civil unrest cannot be denied” (for his full analysis, click here).

What does the government say the ammo is for?

Well, it doesn’t really say, at least not explicitly.  But it seems as the ammo will be dispersed across the U.S., at least according to the ‘Place of Performance’ subsection:

Delivery of ammunition is free-on-board (FOB) Destination to numerous Department of Homeland Security (DHS) component locations within the Continental United States (CONUS) and its territories including Alaska, Hawaii, Guam, the Northern Marianna Islands, Puerto Rico, and the U.S. Virgin Islands in accordance with the Statement of Work (Refer to Attachment 2).

This latest ammo order comes on the heels of one placed for 450 million rounds of .40 caliber hollow point ammo back in march (ATK, a supplier of aerospace and defense products, was awarded that contract) and a solicitation for 750 million rounds of ammo, including .357 magnum rounds, made in April.