Should all gun owners have to pass a psychological exam?

According to ‘Officer Anonymous,’ an advice columnist for the local Utah news station, KSL.com, we should.  He (or she) laid out the argument for a mandatory psychological test in a recent op-ed.

Officers have to go through a stringent hiring process that includes a psychological examination. The same is true for federal agents. After these tests along with backgrounds and numerous other hiring steps, we are trained how to use a firearm and when to use it appropriately.

In this state, however, you too can carry a gun in an open carry setup just like law enforcement as long as you have the lofty qualifications of being of age and not convicted of domestic violence or a felony. This is where the gun advocates stomp and shout that I would like to take away guns and have the government control your lives. … I’ll wait for the stomping of shoes and gnashing of teeth.

Now that the yelling and writing of letters to the editor are done, I’ll continue. I’m merely suggesting an additional step to the firearm purchasing process. Now it may not be a quick step, but why are you in a hurry to buy a gun? Last-second Christmas gift? Forgot an anniversary and the wife really needs that pink Walther P22?

It’s clear that OA is a little sarcastic.  One may even describe OA as being condescending toward gun owners, but I’m not going to get caught up in the pathos of his argument (OA reminds one of an Internet troll).  Instead, I’ll stick to the facts and address his reasoning using logic. 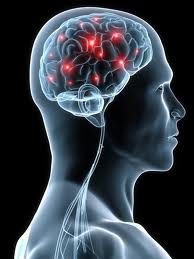 First, one has to ask some rather obvious questions that OA omitted: what psychological examination is OA referring to?  Does he have a specific test in mind (is it formal or informal)?  What are the parameters of this test (is it just a questionnaire or a full on interview)?  Who administers the test (government employees, independent psychiatrists, gun dealers)?  Who pays for it (the city, state, fed government, the prospective gun owner)?

These are all practical questions that one must contemplate if he/she is going to even consider entertaining the overall argument.  Not surprisingly, OA did not address them.  But even when these questions are answered, one still has the problem of subjectivity and reliability.  That is, these tests are innately subjective and not always reliable or consistent.

To give one a prime example, consider the case of Norway’s mass murderer Anders Behring Breivik, who killed 77 people.  Initially, that is in the Fall of 2011, a team of court-appointed forensic psychiatrists deemed that Anders was criminally insane and suffered from paranoid schizophrenia.

However, in April 2012, a second team of psychiatrists found that Anders was not psychotic during the bombing and shooting attacks nor was he crazy during the evaluation.  Moreover, they concluded that he did not suffer from paranoid schizophrenia.  Well, the obvious question, who’s right?

Following that logic, if these tests cannot yield uniform results, why would we allow the government to use them as a means to deprive law-abiding and responsible citizens (those without a criminal history or documented behavioral issues, e.g. attempted suicide) their Constitutional right to keep and bear arms?

To some extent, OA addressed this question:

The vast majority of gun owners are completely sane and responsible people and yes, why punish the many to stop the few? Isn’t it worth another extra step to prevent mass shootings, murder-suicides and other horrible gun crimes? I am planning on purchasing a gun in a short time and would be happy to be the test case. It would be a bummer if I didn’t pass.

Well, to get to the heart of the matter, no – it’s not worth punishing the many to stop a few.  For two reasons (a) as pointed out, psychological evaluations are fallible and (b) there’s no evidence that these screenings would actually stop “the few” from obtaining a firearm (through illegal channels) and committing violent acts against innocent civilians.

To OA’s credit, he is keenly aware of the latter.  And he responds accordingly, answering the only way he can, by calling for more gun control, in particular a national gun registry.

The common argument is that the criminals don’t have to follow the laws, they get guns through other means. Well, if every gun is registered, we will know where they got it. I have been looking back through a few of the recent shootings, and most of the suspects appeared to have obtained and possessed the guns lawfully.

Unfortunately, OA does not seem to understand the way things work.  There already is a de facto registry of sorts.  Every licensed gun dealer has records.  When a gun is found at the scene of a crime, investigators can trace it back to the manufacturer, then to the dealer and, after examining the dealer’s records, to the original gun owner.

But all this does little good if the gun was stolen, which happens quite a bit.  As guns.com reported just the other day, over 32,000 firearms were stolen in and around Houston, TX, over the past five years.  That’s just one city!

With over 280 million guns in this country, gun thieves, career criminals, sociopaths will have no difficulty getting their hands on firearms.  That’s the reality.  Giving every law-abiding gun owner a psychological evaluation will not change this nor will creating a government-run registry.  Gun owners oppose these measures not because we don’t want to see fewer crazies with guns in their hands (we certainly do), but because they would be entirely ineffective at achieving their intended objective.

I cited this quote a few days ago, but it seems even more apropos now.

“Any society that would give up a little liberty to gain a little security will deserve neither and lose both.”  – Benjamin Franklin