The National Shooting Sports Foundation is urging all gun owners, hunters and sportsmen to contact their U.S. Senators and urge them to approve a critically important procedural motion that will allow the Senate to take up the Sportsmen’s Act (S.3525) after the November election.

Guns.com couldn’t agree more with the NSSF on this issue.  So, we’re also asking, politely of course, that you get off your butt and make the call!  The number to the U.S. Capitol switchboard is 202-224-3121 or you can find more detailed contact information here.

Why is it important to get lawmakers in the Senate to support the Sportsmen’s Act?

As many of you know, the Center for Biological Diversity, along with 100 other like-minded organizations, has been pushing the Environmental Protection Agency to ban and/or heavily regulate the use of traditional ammunition (ammo with lead-core components).

Thus far the EPA has yet to pull the trigger on an ammo ban or stringent regulations, but if things don’t change real soon many within the firearms industry predict that it’s only a matter of time before the EPA does.

The Sportsmen’s Act contains a key provision that would put this matter to bed by removing the EPA’s power to regulate ammo under the Toxic Substances Control Act.  It also contains approximately 18 other measures that would benefit hunters, gun owners and sportsmen in all sorts of ways (priority provisions of the Act are listed below). 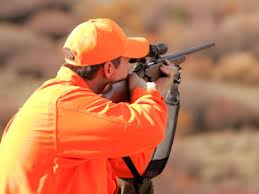 As the NSSF pointed out, the Sportsmen act is a bipartisan piece of legislation that is supported by all the leading sportsmen and conservation groups like the NRA, Congressional Sportsmen’s Foundation, Ducks Unlimited, U.S. Sportsmen’s Alliance and the Boone and Crockett Club.

But again, in order for the Senate to consider the Sportsmen Act after the November elections, it needs to vote ‘Yes’ on the procedural motion, a vote that can take place at any time.  So, call today and make your voice heard.

Making Public Lands Public — Requires that the 1.5 percent of annual Land and Water Conservation Fund funding is made available to secure public access to federal public land for hunting, fishing, and other recreational purposes.

Target Practice and Marksmanship Training Support Act — Makes Pittman-Robertson funds available to states for a longer period of time for the creation and maintenance of shooting ranges. The bill encourages federal land agencies to cooperate with state and local authorities to maintain shooting ranges and limits liability for these agencies.