During the past seven years fewer than nine students have been caught with guns in school in Baltimore County, according to the Baltimore Sun.

But, after two unrelated incidents this school year alone, gun violence in Baltimore County schools has been forced in the public eye. On the first day of classes, 15-year-old Robert Wayne Gladden Jr. shot another student in the back before teachers pulled Gladden to the ground. About two weeks later, this time at a middle school, a teacher wrestled a loaded gun out of the hands of a 13-year-old boy.

Both of these incidents came and went, but students, teachers and parents have been understandably nervous about safety in the classroom, so Baltimore County School Superintended Dallas Dance has announced that the district will be reviewing and soon revising its security and safety policy guidelines on preventing and handling gun-related incidents.

“It used to be where our teachers could actually go in and teach and you didn’t have to think of anything else,” Dance said. “Well, now we have to make sure that our staff– particularly our teachers– are trained in case incidents may occur.” 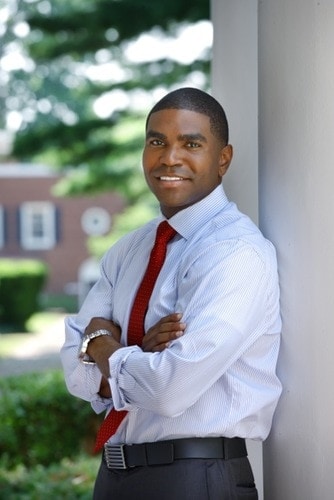 While Dance didn’t specify what the teacher training will entail (whether it will be some type of Krav Maga training, or a crisis management video), mostly because the new plan is still being written, he did say in a Op-Ed published by the Baltimore Sun that the district’s Critical Incident Response Team is well-versed in developing contingency plans for a wide range of situations, so we can only assume the plans will include “a wide range of situations.”

Dance and the district will also have some professional backup. The local authorities plan to purchase metal detecting wands, and they also intend to increase police presence both inside of the school and on school grounds. However, some consider that to be a short-term response because it may prevent and deter outsiders from coming into the school, but the idea is to prevent students from committing violence, so it isn’t necessarily an answer. Students can get in and out, and as far as shootings are concerned, where there’s a will, there’s a way.

What Dance has proposed is a bit more thorough. First he has expanded the district’s Office of Security into the Office of School Safety and Security, meaning the district will be hiring another person for the office, and the office will be “ensuring that current and forthcoming safety initiatives are sound and uniformly enacted systemwide.”

Next up, he said the district will be working with school staff to review and enhance existing crisis plans and procedures, systemwide and for each school. Part of that is having principals remind staff, students and parents about current safety procedures, and urging them to call tip hotlines if concerns arise about students or situations (Gladden wrote on Facebook, “First day of school, last day of my life” before going to school and opening fire); and imploring students’ parents and family to follow state laws regarding how guns are secured in their homes (the grandfather of the 13-year-old who brought the gun to school was charged with failing to secure the handgun used in the incident).

Lastly, Dance stressed the importance of communication. “One responsibility we all share is student safety, and this responsibility extends beyond simply keeping guns out of our schools or reacting appropriately if they do find their way into our schools.”

He added the way parents and the community can help prevent school violence — especially school gun violence — is encouraging more student and parent interaction, developing an appreciation for diversity, addressing bullying, and identifying and intervening when a student shows signs of mental illness or emotional disturbance.

Certainly students, parents, teachers and authorities all play apart in preventing and handling gun violence in schools. At the end of the day, all of this points back to one central question: What should be done about gun violence in schools? Do you think the Baltimore County School District is on the right track or are they missing something? What are your thoughts?