New Britain, a municipality in Connecticut, has had a distaste for concealed carry, much like the entire state of Illinois, but that changed last Wednesday when the Common Council voted 13-0 to approve of an ordinance that would allow gun owners to carry a concealed weapon. Concealed carry has been a debate ever since a Connecticut man was arrested for carrying a concealed weapon into a movie theater about a month ago. 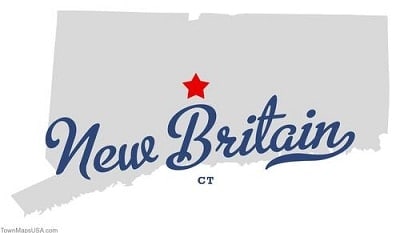 Common council member Wilfredo “Willie” Pabon, (R), led the charge on the ordinance, which had been revised several times since June. He argued that New Britain was stuck in the 19th century when gun owners would walk the streets with revolvers strapped to their hips.

Scott Wilson Sr., the president of the Connecticut Citizens Defense League, attended Wednesday’s meeting to show his support. He said, “We believe citizens should have the option to carry their weapons any way they want to. We are very excited to see things change in a positive direction.”

But this new ordinance isn’t completely out of the woods yet. It is currently waiting Mayor Tim O’Brien’s signature. He’s expected to give it his seal of approval, though, so Connecticut gun owners have a few days to shop for sexy concealed carry fashion online before the ordinance takes effect.

Some of you might be thinking, “Huh, I thought concealed carry was legal in all of Connecticut. Wouldn’t state law supersede local law and make this ordinance superfluous?” Well, normally it would, but City attorney Mary Pokorski explained that the state law “does not dictate the method of carrying weapons,” which leaves that distinction to local municipalities.

This is good news for the gun rights movement, but we can only hope that it’s just an hors d’oeuvre to the main course: Illinois.

Maybe this will finally be the tipping point for Illinois: “Oh, the New Britain municipality joined the concealed carry cause, too? Well, now we just have to jump on the bandwagon, otherwise we’d just look silly.”