Award-winning producer and writer Kris Koenig is hoping to create a documentary that investigates gun laws in the Golden State, which as we all know is a hotbed for draconian gun control measures.

Now, I’m not in the business of telling you what to do or how to spend your money, so whether or not you decide to contribute is completely up to you.  To be clear, this is not an endorsement but rather a description of the project.

That said, I must admit that I was intrigued by his sales pitch for Assaulted: Civil Rights Under Fire (the title of the documentary) on the Internet funding platform “Kickstarter,” which contained this well made teaser trailer:

In a press release, Koenig discussed his vision for the documentary and the analytical lens through which he will address the issues.

“I plan to show these issues through the eyes of the California gun owner,” said Koenig, “All too often documentaries regarding gun ownership and 2nd Amendment issues show the extremes of the arguments, polarizing the issues and inflaming viewers’ emotions. What I hope to do is to present a large dose of common sense, facts and logic to the subject matter, just like a science documentary.” 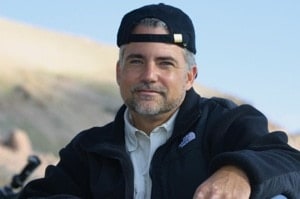 For Koenig, the comparison to the “science documentary” has special meaning in that his last project was indeed a science-y documentary called 400 Years of the Telescope.  When asked about the common ground shared between the two seemingly disparate subjects, i.e. gun laws and astronomy, Koenig had a pretty cogent response.

“Science is a presentation of arguments, theories and facts to build the various models explaining the universe. I plan to present the models of gun control against the reality of life in America where the 2nd Amendment is alive and supported by a vast majority of Americans.”

Specifically, Koenig is seeking to explore the historical aspects of gun control and how it’s evolved over time to “favor elitists” and deny 2nd Amendment rights to the “most vulnerable in society.”  Additionally, he will examine concealed carry across California to expose the discriminatory polices of certain counties (I’d imagine he might have a thing or two to say about Los Angeles County, where I live).

Overall, the project seems worthwhile, especially if it can be used as an advocacy tool to help precipitate real reform for California gun owners (we’re struggling over here!).  And he does have a distribution deal with a PBS affiliate out of Oregon, which has opted to package “Assaulted for distribution over PTV and PBS networks.”

But again, whether or not it’s worth a donation is your call.  Thus far, he’s raised an impressive $22,000.  His pledge goal is $65,000, the minimum required to launch the project according to the rules of Kickstarter.  The deadline for donation is Friday Oct 5, 12:41 am.

You can check out all info for the documentary here.  Let us know your thoughts and if you plan on contributing to the project.