At the top of this year SureFire announced a few new weapon lights that, thanks to the help of new high-efficiency LEDs, put out a whopping 500 lumens of light. These new lights expand on SureFire’s Fury flashlight and X300 Picatinny rail-mounted handgun light.

There are three new Fury flashlights, all of them single-output, meaning they toggle on and off without passing through any other brightness settings. They are the P2X Fury Tactical, Defender and CombatLight.

The Tactical model is just like the P2X Fury without the original’s 15-lumen setting but with a new twist-on power switch. The Defender has a lengthened hood—called the Striker Bezel—for hitting on people if you’re down to weaponizing your flashlight. The CombatLight has a rubber grip ring to give you more purchase when using flashlight/handgun techniques.

These all operate at a blinding 500 lumens—they’re like little handheld searchlights—for 1.5 hours, which isn’t bad considering the brightness and retail between $155 and $175. For the output, they’re downright cheap.

Not that they cut corners in construction. They’re all made from aircraft-grade aluminum and share the Fury’s near-indestructible build. They’re powered by two 123A lithium-ion batteries and weigh less than 6 ounces.

The X300 Ultra is their new weapon light. This updated version of the industry-standard X300 light for handguns also uses the 500-lumen LEDs and runs off two 123A batteries for 1.5 hours. It is built to the same recoil-tolerating specs of the X300 and all this in a lightweight, 4-ounce package.

Functionally the X300 Ultra is identical 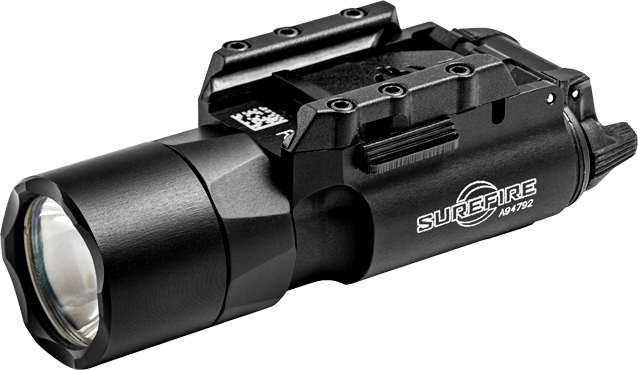 to the X300, withthe same index finger toggle switch. However, to accommodate the new Total Internal Reflection (TIR) lens, the X300 Ultra is about a quarter of an inch longer.

This unfortunately means that some holster designs, like custom-molded Kydex, will no longer fit the new X300 without modification, that is to say, without sawing off the bottom of the holster. Raven Concealment Holsters already makes an X300 Ultra holster for many popular service pistols, if you don’t want to cut up your existing leather.

What’s probably the best part about the X300 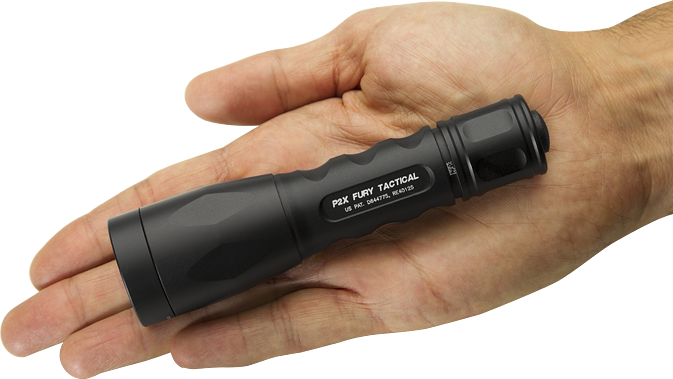 It may have been a long wait but for these lights, it’s been worth it. They’re currently distributing but don’t be surprised to find one on a shelf near you. SureFire is already a top-tier accessory manufacturer, and they’re staying on top with new lights like these.