Last week, two unarmed British police officers were shot dead by a lone gunman who lured them to a faux crime scene.

The shooter, 29 year-old Dale Cregan, phoned the police station to report a burglary in the Mottram district of Greater Manchester. 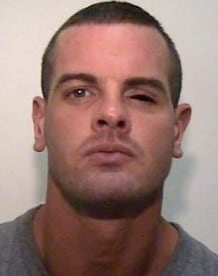 When police constables Fiona Bone, 32, and Nicola Hughes, 23, arrived on the scene, they were ambushed.  Cregan fired more than 10 rounds in the direction of the two PCs and also threw a grenade during the assault.

The two young women were fatally injured in the attack.

Greater Manchester Police Chief Constable Peter Fahy told local reporters that it appeared to have been “an act of absolutely cold-blooded murder. It’s almost impossible to fathom such an evil act.”

Following the incident, Cregan turned himself in to a local police station.  According to the Telegraph newspaper, Cregan had previous run-ins with the law.

Cregan was the prime suspect in a murder case back in June but was released on bail as police investigated the matter.  He then went into hiding.  While running from the law, he is suspected of murdering the father of the man he allegedly killed in June.

The killing of constables Bone and Hughes reignited the debate on whether British law enforcement should be armed.

“It beggars belief. How many officers need to die before the powers realize that it is the 21st century and you cannot fight crime with an outdated piece of plastic [U.K. police’s truncheon] and a bit of spray?,” Darren Rathband, whose twin brother Constable David Rathband was shot by a gunman in 2010, told The Guardian newspaper.

“I am angry some other families have now lost a daughter, sister, mother or wife and it makes me angry that the thin blue line is getting thinner and thinner,” he continued. 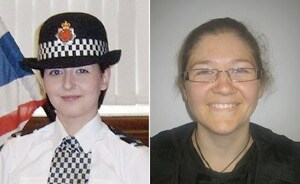 But top police officials maintain that arming police is not the answer.

“I don’t think there’s any desire from the [police] service, top to bottom, quite frankly for a routinely armed police service,” Sir Hugh Orde, president of the U.K.’s Association of Chief Police Officers, told ITV News, adding that armed response units are available to respond when needed.

“Whilst this is an awful week for the service, fortunately these events are very rare still,” he added.

“We have a long tradition in this country, which is a great tradition, of policing in the community, of the police being part of the public and the public supporting and giving their consent to the police,” the Liberal Democrat told The Guardian Newspaper.

“I think if we were, in an instant to, in a sense, arm our police to the teeth so they become separate from the public, that would be quite a big change, which would have considerable risks attached to it,” he added.

My thoughts are as follows, the problem is not with the unarmed police force.  The problem is with the unarmed citizenry.  If police wish to carry clubs instead of guns, that’s their prerogative and ultimately their choice.  But, for the public to be functionally unarmed is, well, probably one reason why violent crime continues to be a problem for Great Britain.