A St. Louis man is breathing a big sigh of relief after being acquitted on weapons trafficking charges in Dubai, UAE.

Steve Dolan, 57, runs the Dubai office for APL shipping, a global container transportation company, which has approximately 200 offices around the globe.

Last fall, investigators found 30,000 handguns in an APL container passing through the city that was scheduled to ship from Turkey to Africa.

In February, following the discovery of the guns, authorities indicted Dolan along with several of his coworkers for smuggling and transporting weapons without a license.

While in custody, police forced Dolan to sign a confession that was written in Arabic (which he could not read).  They then took his passport and told him that he was facing a sentence of 50-plus years in a Middle Eastern prison.

Dolan was confused and denied having any knowledge of the guns.

“I really don’t know. I’m so out of my element here,” he said recently, while his fate was hanging in the balance. “If I go to jail over this, the U.S. government will act.”

But the U.S. government didn’t really come to his aid, nor did APL, his employer of 27 years.

Instead, the publicity the case garnered over the past several weeks may have been the key factor that saved his hide.

On Monday, under an intensifying media spotlight, Dolan was acquitted on all charges.  And that confession he signed was thrown out.

“Not guilty,” Dolan wrote to friends and family in an email he sent from Dubai.  “I’m trying to get a handle on what has transpired the last 8 months and it is very difficult. I’ve gone from ‘you signed a confession’ to ‘your going to jail’ to ‘not guilty’ in 3 weeks.” 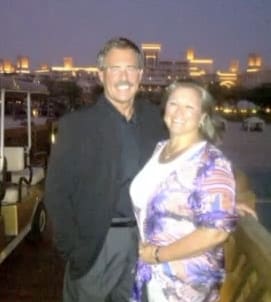 His brother Brian who received the ‘not guilty’ email was thrilled with the verdict.

“It’s a huge relief! It just felt so good!” he told a local Fox News affiliate.  “Had to be what Jason Motte felt like winning the World Series last year, throwing that last pitch.  It was just awesome.  We wanted to get up and jump up and down, and I know the people around us thought we were crazy.”

Speaking of the role the media played in his brother’s sudden exoneration, Brian said that he was “Absolutely surprised that it was this quickly” but according to Steve’s email, “once the Fox report got out and got into the Dubai media, things began to happen in a hurry.”

It appears that public pressure via the media’s coverage of the case was enough to tilt the scales in Dolan’s favor.

However, Brian Dolan is still miffed at the U.S. government’s inaction with respect to the whole ordeal.

“When it ‘s your government, I mean we as taxpayers expect certain things out of our government, but then again when I look at it, we can’t even protect our ambassador in Libya.  How can I expect our government to go in for my brother, who’s just a businessman to them,” he lamented.