LaserMax is pleased to announce that their CenterFire laser sight is now available for Beretta Nano concealed-carry pistols. The Nano doesn’t come with a rail for universal laser sights and so the addition of one requires a Nano-specific mounting system. 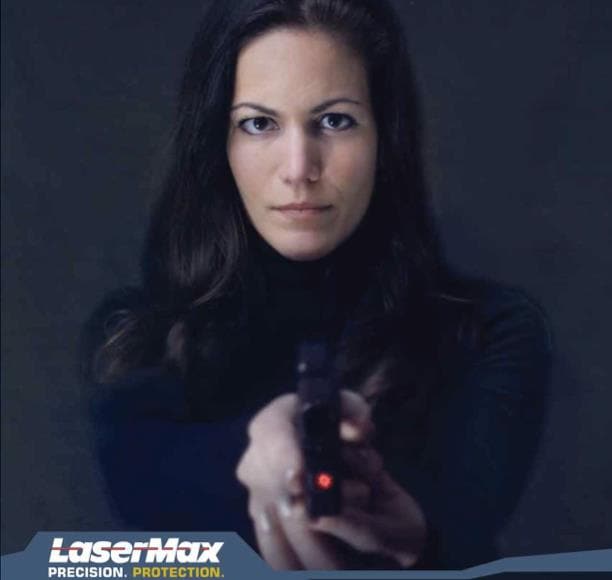 The CenterFire line of lasers is LaserMax’s response to Crimson Trace’s Lasergaurd. It mounts to the trigger guard and frame of the gun but has a different take on activation. The CenterFire has ambidextrous power buttons on either side of the sight in small recesses in front of the trigger guard. This spot is where you rest your finger when you’re drawing, provided you don’t lack trigger discipline. Turning on the laser on the draw is simple and almost second-nature.

Otherwise the form and function of the two lasers is similar. The CenterFire for the Nano weighs just half an ounce, runs for at least five hours on one 1/3N lithium battery, and fires a focused beam of 650 nanometer red-wavelength light that’s visible for at least 50 yards. It mounts flush with the sides of the Nano, clamping around the trigger guard requiring no modification to your gun.

The CenterFire is factory-zeroed at 10 yards and is adjustable for windage and elevation and it comes with a 1-year warranty.

The main difference between the two is price. The MSRP for the Crimson Trace Laserguard is $219, where the LaserMax CenterFire is priced at $129, almost $100 less. 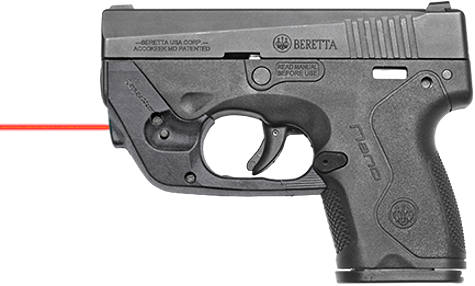 In addition to costing less, the CenterFire takes advantages in the small recesses along the Nano’s dust cover and has longer extensions along the top of the trigger guard; from the looks of it, the CenterFire has a sturdier mounting system with more leverage on the Nano’s frame. That being said, while they weigh the same the Laserguard takes up a slightly smaller volume.

The Beretta Nano is a small yet easy-to-shoot 9mm single-stack subcompact concealed-carry pistol, we like it plenty. Even though it has good sights, we appreciate what a laser can do for your aim once you’ve got the fundamentals down pat.

This laser and the Crimson Trace Laserguard are probably the best ways—and only, at least for now—to add a laser sight to the Nano. Holsters are still somewhat scarce, although this one should work just fine. And even if you prefer the Laserguard’s frontstrap-located on/off switch, the savings the CenterFire offers is substantial.