The HD series: American Tactical Imports and Head Down Products team up on new ARs

American Tactical Imports (ATI) has partnered up with Head Down Products to make two new AR-pattern rifles. They are the first of a new lineup of ATI rifles called the HD Series—not to be confused with the ATI Technologies, manufacturer of the HD series of video cards. Like most AR-pattern rifles, both are carbines with 16-inch barrels and CAR gas systems.

The handguards used are Head Down’s contribution to the rifles, they are Provectus rails. They are free-floating railed hanguards with integrated rail sections at the muzzle end of the guard at 3-, 6- and 9-o’clock in addition to the full-length 12-o’clock rail. Head Down has just announced this handguard on their Facebook page and they’re not available through their web store currently.

The HD-16 series will initially be composed of two models, the HD V916 and HDVX. The V916 uses a standard M4-profile barrel and 9-inch Provectus rail. The HDVX is a little more interesting with its longer 13-inch rail that makes it almost all the way to the flash hider.

They are otherwise mil-spec, with 7075-T6 forged receivers, a Type III hard anodized finish and M4 grips and stocks. They are chambered for 5.56 NATO and have 1-in-7-inch twist rifling. ATI plans on expanding on the HD series in the future. 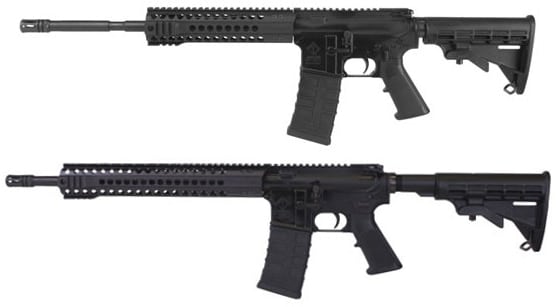 “We are very proud to team up with Head Down Products on these rifles,” said Tony Dichario, President and CEO at American Tactical Imports. “Their quality and precision surpass any AR rifle line that we have ever offered, and we knew that we wanted to bring that to our customers. We have many exciting things in store for our consumers with this line.”

Unlike ATI’s recently-released Omni lowers, these are not ultra-budget polymer rifles. They’re for someone who wants an AR with a free-floating barrel and tactical quad rail, but is either OK with standard M4 furniture or plans on replacing it with something better themselves.

Firmly priced in the mid-range, the V916 has an MSRP of $890 and the HDVX $910. For rifles with free-floating handguards, they’re not bad at all. Apart from the singular handguards, the HD rifles are not terribly different from the many AR-15-type rifles available from the vast majority of offerings in the same price range with one noteworthy exception. These have ferritic-nitrocarburized barrels. 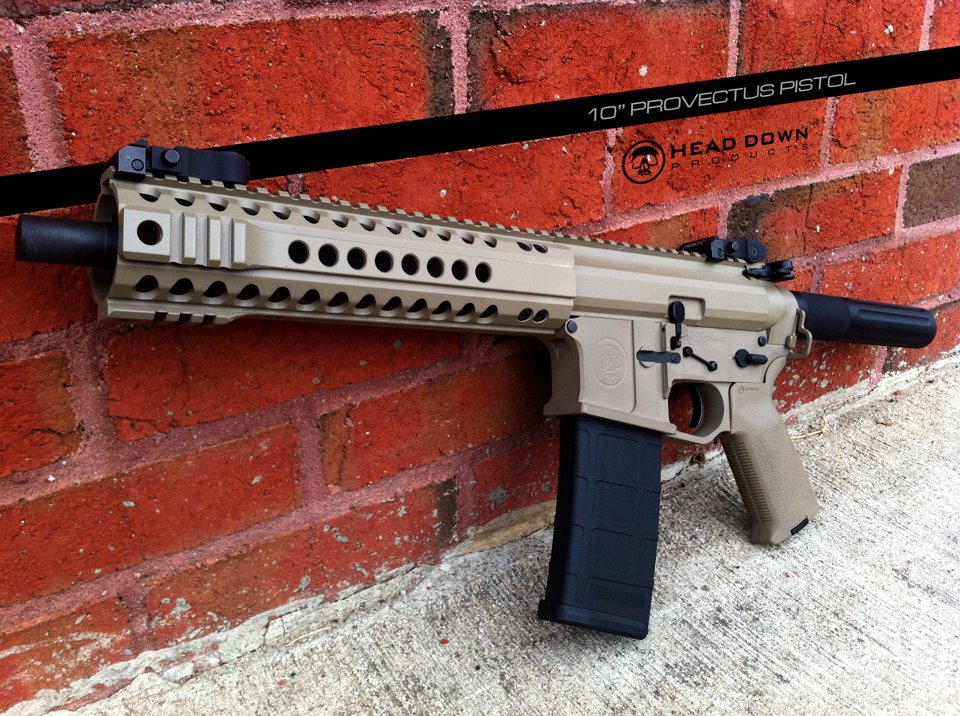 We hope this little guy gets added to the HD series, too.

Also called Tenifer, Melonite and Plasox, this extremely durable finish is harder than chrome lining and smoother to boot. The only other major AR to use the same barrel lining is Smith & Wesson, with their M&P15 Sport. The advantage is that it’s a longer-lasting finish that is also a touch more accurate. The disadvantage is that you can’t visually inspect it for cleaning. Because like the outside of the barrel, the inside’s black.

Combined with the free-floating barrel, these rifles ought to be more accurate than most. While they first appear to be more of the same, these small differences make them stand out from the rest of the AR wall. They do, however, seem to blend in a bit with computer parts; they might want to have a talk with whoever is in charge of branding.