Leatherwood is adding a new version of their Hi-Lux CMR (close-medium range) to their catalog, with an updated reticle for AK rifles chambered in 7.62x39mm. This tactical 1-4×24 scope is perfect for hunting, target and competition shooting at, naturally, close to medium ranges. And even though it’s designed for the Soviet rifle, the reticle works great with rifles chambered in .30-30 Winchester and for supersonic 300 AAC Blackout and .300 Whisper loads. 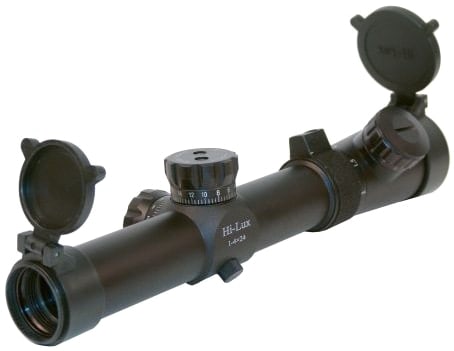 The Hi-Lux CMR-AK762 scope is otherwise the same as their standard 1-4x CMR scope which is made for rifles chambered in 5.56 NATO and .223 Remington (and can be used with 7.62 NATO or .308 Winchester out to 600 meters). It is heavily-featured and very clear glass, with hold-over marks out to 900 meters, for the audacious 7.62x39mm shooter.

Built on a heavy 30mm aluminum tube, the magnification ring has a knurled extension to operate with one finger to go from 1x to 4x quickly. Like the original CMR, the AK762 has a true 1x magnification for shooting with both eyes open. It uses an 11-position dial to adjust the brightness of the illuminated reticle, which will be available in red and green. 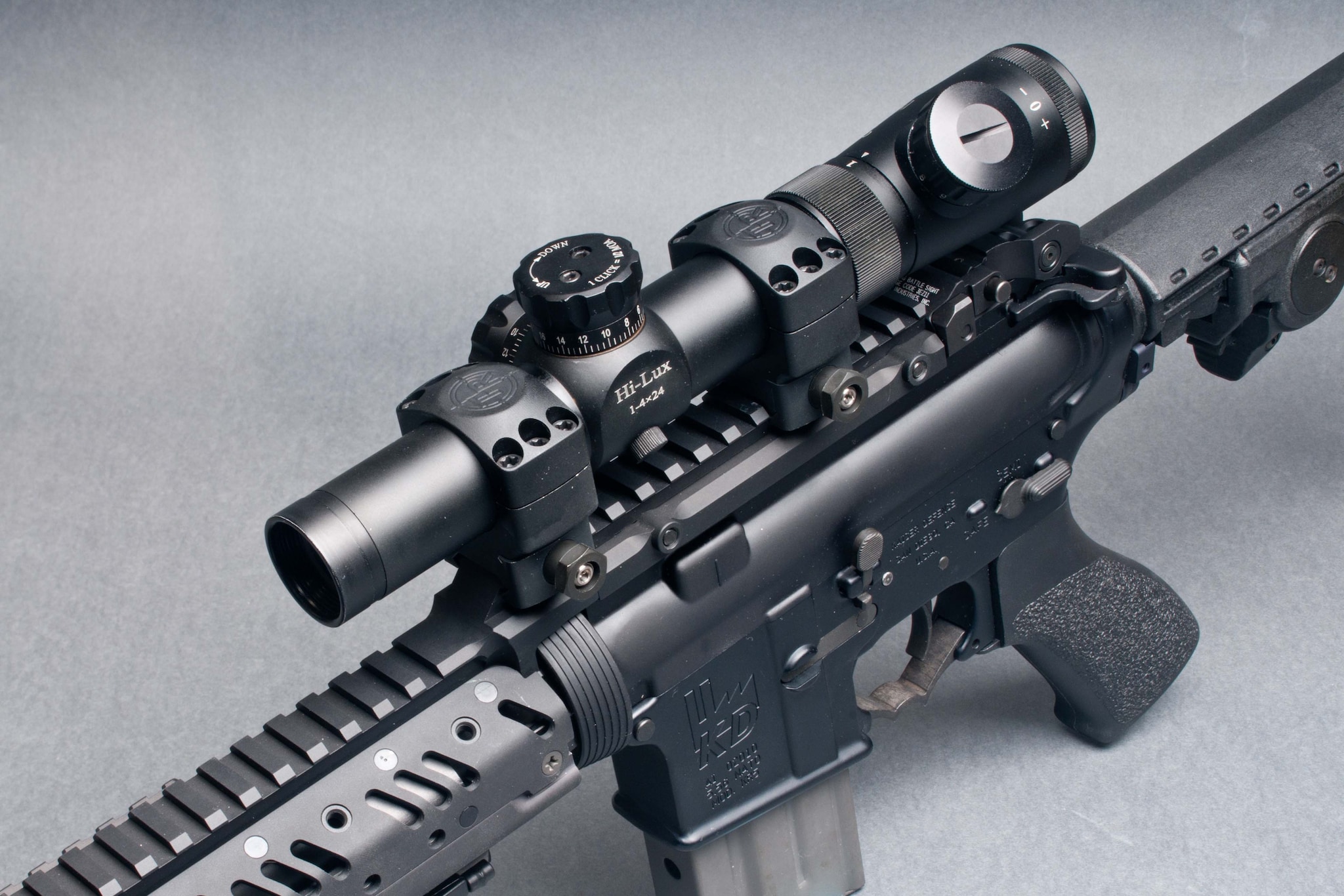 Leatherwood uses an in-house tactical reticle with an illuminated horseshoe and one MOA center dot. It uses Mil for the windage and elevation marks. It’s powered by one CR2032 cell.

The new CMR also uses the Hi-Lux “Zero Locking System”, which lets you lock your windage and elevation into place while still leaving some play for minor adjustments. Once the rifle is sighted in correctly you don’t have to worry about accidentally messing up your windage or elevation. This is a cool feature for a scope that’s designed to be thrown around and dragged through mud.

It will only be available in black, but it does come with flip-up lens protectors and is backed by a lifetime warranty. It is nitrogen-purged, shock-proof and waterproof and uses multicoated lenses for enhanced durability and light transmission. It weighs 16 ounces, is a hair over 10 inches long and has a minimum eye relief of 3 inches.

Despite the many noteworthy elements of this scope, it’s not going to break the bank. The MSRP of the CMR-AK762 is $460. To give you an idea of what the real-world price will be, the 5.56 CMR retails for less than $350. You could spend a lot more and get less.