Bonnie and Clyde guns sell for half a million at auction

The personal sidearms of history’s most infamous crime couple sold for more than half a million dollars at auction Sept. 30. The two guns, Bonnie Parker’s Colt Detective Special and Clyde Barrow’s Colt .45 together sold for $504,000.

The guns were taken off the duo on their deathbed in Bienville Parish, Louisiana. May 23, 1934.

Both guns are in good condition, ready to load and take to the range if you’re brave enough to shoot an artifact even though they’ve got wear and have obviously seen rigorous use before. They also have excellent provenance, including FBI records tying it to the scene of the shooting that ended the pair. 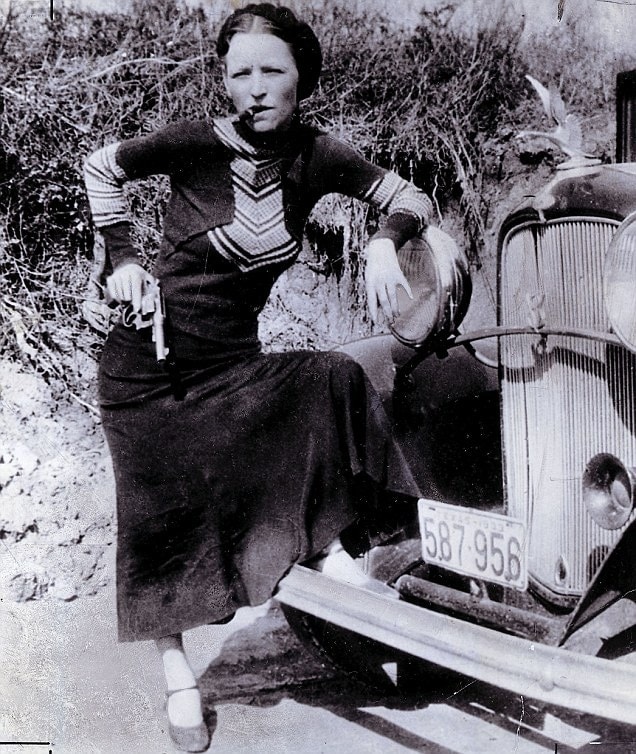 “August 1934 Davis hold onto this. Bonnie was ‘squatting’ on it. Frank,” reads one FBI note.

Parker kept her .38 taped to her thigh. This very personal gun won the highest bid, taking in $264,000. Barrow’s Colt also has a story to tell, as it was likely stolen from the Beaumont, Texas Federal Armory, and has some slight marring where the “U.S. Property” stamp was filed off.

“When rare items like that come up for sale you expect this kind of enthusiasm,” said Bobby Livingston, vice president of RR Auction. “There was some serious bidding going on.”

Other property at auction belonging to the pair included Barrow’s gold Elgin pocket watch and Parker’s leatherette makeup box. The auction was host to many famous criminal’s artifacts, with property once belonging to Al Capone, Pretty Boy Floyd and John Dillinger to name a few. It also had items of note from the periods famous lawmen, including Elliot Ness and Frank Hamer, one of the agents to track down Bonnie & Clyde, and kill them.

The guns were expected to take in about $200,000. They were being sold from the Robert Davis collection in Waco, Texas. Earlier this year other Bonnie & Clyde guns, a Winchester Model 1897 and registered and transferable Thompson submachine gun went to auction and netted $210,000.