After covering the news this week, we might want to petition for adding a fifth rule to the four sacred rules of gun safety: Don’t leave your gun lying around where anybody can find it. Like a one-year-old child, for example.

According to KLTV, Jaymie Baytes of East Texas recently rented a car from Enterprise. When you rent a car, you can probably expect leftovers from the previous renter – a few crumbs between the seats, a terrible radio station with the volume up too loud, or a slightly peculiar smell that you can’t quite place. What you wouldn’t expect is a 9mm semi-automatic pistol.

Bates recalled, “We got home, thinking everything is cool… fine, I step out of the car for a second. I get back in the car and my son was in the back seat playing with a pistol.” 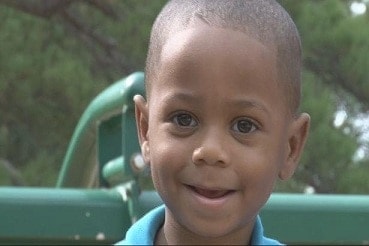 Luckily, Bates was able to grab the pistol from her son, Matthew, before the unthinkable happened. From there, she did what any peeved mother would do: she phoned Enterprise to give them a piece of her mind. The Enterprise manager contacted police, which, according to sources, is standard operating procedure for this type of incident.

You might be thinking, “Oh, this is just a one-in-a-million story. You’ll never see a similar incident.” Believe it or not, lightning struck twice in Longview, Texas. The Enterprise manager found a second gun, which was also a 9mm pistol, in a different rental car on that same day. Crazy, right? At least they spotted that one before it ended up in the hands of a kid.

Enterprise attempted some damage control with an email statement, “The safety of our customers is our top priority. On return of each vehicle, our procedure is to clean everything including checking under seats, in the glove compartment, in the center console and in door compartments. We are investigating what went wrong in this particular case, and we will revisit with all of our service agents the proper procedures to make sure this doesn’t’ happen again.”

We’re sure you guys are curious: what happened to the two guns? The manager contacted the previous renters of the two cars. Both renters admitted that they had left the gun behind by mistake. The Longview Police held the guns until the owners could verify ownership, and probably because the cops wanted to give the gun owners a stern talking-to.

This is just common sense. We know that people forget things now and then (like the flight attendant for forgot that she brought her gun into a Pennsylvania airport), but forgetting where you put your gun doesn’t have the same gravity as forgetting where you left your keys.

What do you guys think? Obviously it would be unacceptable for someone to intentionally leave a gun in a public place, but what about leaving one behind accidentally? When it comes to guns, where do we draw the line between human error and criminal negligence? Should forgetful gun owners carry any responsibility for misplaced guns, or is it somebody else’s problem as soon as another person picks it up?