Last week, Andrew J. Engeldinger was fired from his job at Accent Signage Systems in Minneapolis. Engeldinger responded to his termination by shooting and killing four co-workers, a UPS man and himself with a Glock 9mm.

In the aftermath of this tragedy, investigators found approximately 10,000 rounds at Engeldinger home, which renewed the debate for oversight and scrutiny on bulk ammo purchases.

“When the tragedy happened in Aurora, that guy [James Holmes] only had 6,000 rounds,” U.S. Rep. Keith Ellison, a democrat who represents Minneapolis, told the Star Tribune in an interview.

“This guy had 10,000 rounds. Clearly, there should be some sort of system in place to alert law enforcement authorities if somebody has some inordinate amount of ammunition or weaponry.”

Ellison argued that reporting large purchases of ammo may not always lead to arrests, but it would allow law enforcement to ask questions and investigate.

“Maybe we would have been able to figure out that this guy is a ticking time bomb. … Maybe it wouldn’t have changed anything, but maybe it would have,” said Ellison, who is considering drafting legislation to implement a notifications system.

(It should be noted that it’s unclear whether the shooter, Engeldinger, amassed the ammo over a long period of time or purchased it all at once.)

“It’s time to close the loophole that’s allowing killers — deranged, insane — and even terrorists to buy ammunition online,” Lautenberg said at a news conference back in July. “You don’t have to be a scientist to understand how wrong this is.” 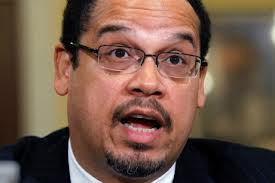 Is buying ammo in bulk, whether online or at a supplier or gun shop wrong?  Would a notification system really be effective at thwarting spree shooters?  What are the odds that legislation regulating ammo sales becomes law?

With respect to the first two questions Andrew Rothman, the vice president of the Minnesota Gun Owners Civil Rights Alliance, made an excellent point.

“The shooter probably used 10 or 20 rounds of ammunition [in the attack] — is it really relevant how many rounds he had at home?” Rothman told the Star Tribune.

And State Rep. Tony Cornish was resolute about the chances of bill regulating ammo sales becoming law, telling the Star Tribune that any such proposal would “fall with a big thud” in the Legislature.

He added that bulk purchases are common, noting that he has 37 long guns and dozens of handguns.

It’s pretty clear to any objective individual that regulating the sale of ammo or setting up a notification system is a losing proposition.  Putting politics aside, it’s impractical (there’s no way authorities would have time to follow up on each purchase) and it’s ineffective (it would only impact the law-abiding, criminals would go to the black market).