With hunting season right around the corner, a lot of shooters are starting to pull the trigger on replacing their worn out or ‘aging’ hunting gear while many others don’t even need that excuse to be on the prowl for some new toys. In 2012 this can be a bitterweet undertaking: new gear can cost and arm and a leg and today that means everything from the smallest ammo pouch to the pants and coat you will be wearing to keep warm on stand on the frostiest mornings. 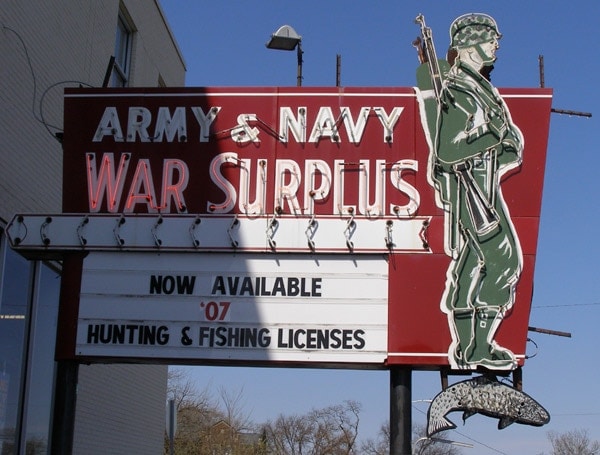 Fact is though, humans have been taking game since, well, they started wanting to eat meat on a regular basis and hunters have done it comfortably and successfully without top of the line, space-age materials for centuries.  Accordingly, if you keep your eyes peeled, your mind open and you play it smart when it comes to assessing practicality, you can have all the same basic gear as this year’s “it hunting rig” but for pennies on the dollar.

Being a man of limited means I remember my first year hunting, I was wearing nothing more than a flannel shirt and whatever pants I had at the time because I knew little better and could not afford all that wonderful camouflage I saw in the catalogs or on the rack. The next year I began prowling around my local Army-Navy surplus store and I could not believe my eyes at all the goodies I found; entire camouflage outfits, holsters, bags and other gear well within my price range. Additionally, MilSurp clothing and equipment is usually built to last.  After however many seasons, I still own most of the things I bought there nearly twenty years ago even after they have been in the woods and in all the climates that the Adirondack Mountains could throw at it. 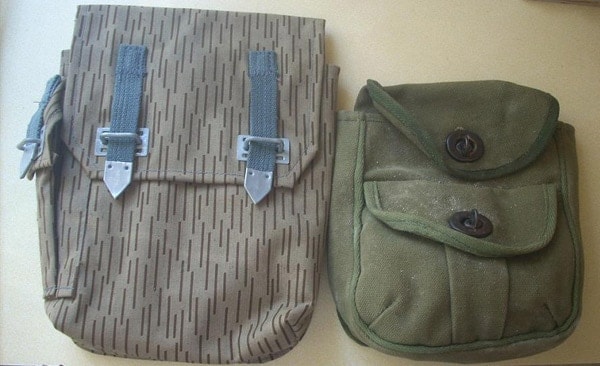 One of my favorite pieces of gear was my improvised possibles bag for when I am hunting during black powder season. A good possibles bag can cost well over $20 and has to hold all of the stuff you need for your muzzleloader, but you don’t need to pay an arm and a leg for one. The pouch I use I paid a whopping four dollars for and has been with me since I was 19 years old. I looked online and that same surplus pouch still retails for around five dollars. If you are looking for something larger I recommend an AK-47 magazine pouch. These have four separate pockets, carries well on a belt and can be bought for around $10.

What about a holster for your favorite pistol on the trail? I try to avoid the nylon holsters like the plague simply because most of the cheaper ones do not wear well, but I have found very nice leather duty style rigs for five to $10. Nearly every gun shop I go to has a box of these things and they are more than happy to get rid of one or two. If you pack a handgun on your hunting trips why spend the high cost of a leather rig when you can get a nice second hand holster for next to nothing?

The GPS craze of the last few years is a good thing but I see more hunters venturing out into the woods without a compass, something I think is foolhardy at best. One of the reasons I never bought a GPS was because they were very expensive and I could never afford one when they first arrived, plus I learned to use my compass (especially after I got lost once 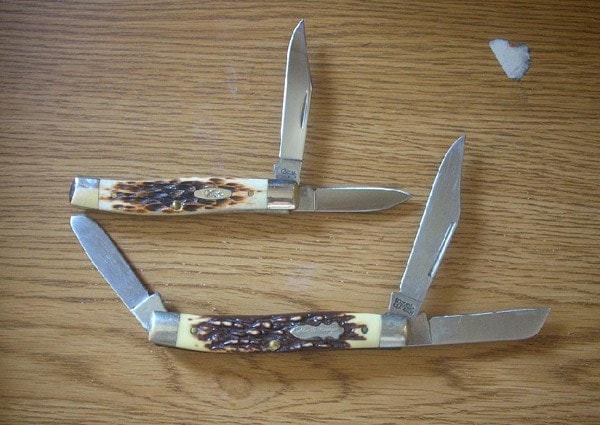 ). Luckily I was able to navigate myself out of the mountains where there were no main roads for miles. Since then I will not venture out without a compass, which only costs a few dollars, pennies compared to a GPS. If you have a GPS that’s fine and they do work, but you don’t need one. A compass however is essential as don’t rely on batteries that can die or a satellite signal that can fail. I even have a smaller second one pinned on my coat.

So say you do get that deer and you need to field dress it, do you really need that very expensive knife to get the job done right? Right? I see guys packing around knives that look more like bayonets or have a blade on them like something out of a science fiction movie. The knife that goes with me everywhere and has cleaned and gutted deer and more small game than I can remember is my $20 Uncle Henry folding knife. It makes short work of gutting a deer and it costs far less than some of the knives I see advertised at four or five times the price. You can still find knives like the Uncle Henry or a Case Trapper folding knife for around $20 or $25 dollars that will do everything those big fancy knives will.

What about the clothing you will be wearing? I have always liked the BDU pants I found at that Army-Navy store and I still even have a 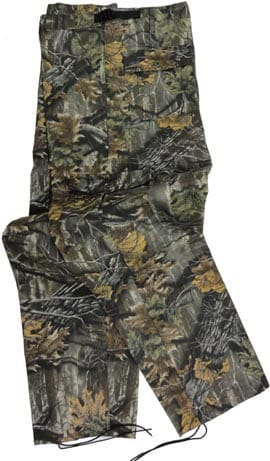 pair, ten years old. I get them a little big so I can comfortably wear a layer or two of long underwear underneath. The ones at the Army-Navy store are good quality material and I have found they hold up far better than those pants and shirts from the big box stores.  You have to remember that military surplus stuff was designed to take the rigors of different environments and has been tested, where as some of the hunting gear you find simply seems to be made to last a season or two before they fall apart.

I tried out a couple of fleece balaclavas that cost around ten dollars each and they both had holes in them after a season. I still have an old milsurp wool balaclava that I paid two dollars for at the Army-Navy store and it is still in great shape. If you look around you will find what you need for a lot less than you will pay for anywhere else. I find the best time to buy a pair of these (I always keep a spare) is right after hunting season ends.

Staying warm and well equipped when you are out in the woods is not a fashion statement. Those clothes from L.L. Bean may look stylish but you can stay just as warm and toasty and keep up with some military surplus gear that cost a lot less overall than one pair of pants from those high end stores. A good folding pocket knife will do every chore that those more expensive and snappy looking knives will do for a fraction of the cost (they just won’t look as snappy while doing it).