Guns and Mormonism, Part I: Joseph Smith gunned down, but not unarmed

If Mitt Romney becomes the next U.S. President, how significant is the history of his faith to the future of our country, our guns, and our liberty?  This Guns.com series (penned by Jeffery Denning, a veteran, self-defense consultant and practicing Mormon) looks at the relationship between Mormonism, Mormon culture and guns, a story that begins with the LDS’s violent expulsion West to Utah, covers the groundbreaking firearm designs of John Moses Browning and ends with Utah gun makers and defense firms helping to further define both Mormon culture and the arms industry today.

Members of the Church of Jesus Christ of Latter-day Saints are often referred to simply as “Mormons” because of their belief in The Book of Mormon—Another Testament of Jesus Christ. 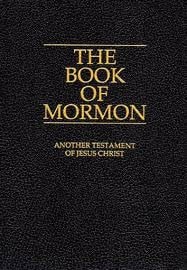 Gordon B. Hinckley, who served as president of the Church until his death in 2008, said, “I suppose that regardless of our efforts, we may never convert the world to general use of the full and correct name of the Church.” He said that Mormon should mean “more good”.

Members of the faith believe in the Holy Bible as well as the Book of Mormon. They believe the same gospel that Jesus Christ first organized when he walked upon the earth was restored in its fulness through Joseph Smith. Subsequently, they also believe in additional scripture brought through divine revelation to chosen prophets and apostles, from Joseph Smith to today’s Church leaders.

Joseph Smith officially organized the faith in upstate New York on April 6, 1830. Starting only with six members, the faith began to grow rapidly. Today, the Church of Jesus Christ is one of the fastest growing churches in the United States.

In climate of the Second Great Awakening of the early 1800s, it seemed Mormonism could not find a permanent home anywhere.  Differences in worship and doctrine, as well as a flood of rumors and generalized fear, including the polygamy issue, made settlement in any single area challenging for the followers, who referred to themselves as “Saints.”  After leaving New York state due to mounting local pressures, converts to the religion began gathering together in large numbers. First, they gathered in Kirtland, Ohio and then on to Missouri.  Skirmishes broke out and in time, mobs and militiamen finally ousted the Mormons from the State of Missouri under a the Governor’s “Extermination Order” (for which, the State of Missouri later both rescinded and officially apologized for over a century later). 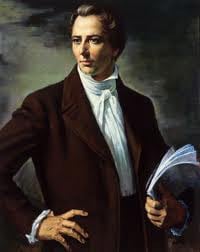 Because Joseph Smith was the leader of this new, peculiar band of religionists, it seemed natural that spite would be aimed towards him directly, as well as those about him. Some not-so-savory attempts to stop him were concocted. For instance, in addition to being assaulted on several occasions, he also had been tarred and feathered. Many of his followers faced similar fates. Some were brutally murdered and others had their crops and homes burned by anti-Mormon mobs.

Joseph Smith passed by the threat of death on many occasions. He also spent many months imprisoned in Missouri. Interestingly, he was arrested and acquitted 37 times before he died.

The Prophet Joseph, as his followers called him, reported that he was “hated and persecuted” even from a young age because of the visions he had experienced.  He claimed that most of his run-ins with the law came because of his enemies.

When the Mormons were forced from Missouri, Joseph Smith chose for their new gathering place a quasi-swampland on the Illinois side of the Mississippi River, in a place he named Nauvoo (Hebrew for beautiful place). And that, with the Mormon faithful living in constant fear of attack in Illinois, is where the story of the affinity between Mormonism and firearms begins.

Joseph Smith was Mayor of the flourishing town of Nauvoo, as well as the Lieutenant General of the organized militia. He had also announced his candidacy for President of the United States, something that infuriated his opponents and enemies even more.

Having been lured into the Carthage Jail (near Nauvoo) by deception to meet with the then-Illinois governor to discuss a civil matter related to legal action he had taken in Nauvoo, he was instead arrested. The governor insisted that only a trial, with a non-Mormon jury, would satisfy the people and Smith was “incarcerated” along with four other prominent Mormon leaders.

In the rustic two-story jail, which also served as a family home, Smith and his followers were eventually able to stay in the jailer’s personal bedroom, instead of a cell, and were not forced to wear hand irons — a move that has fueled speculation surrounding the religious leaders death ever since.  Armed guards were present in the home, but did not stay directly with Joseph Smith, his older brother Hyrum Smith, and two others while armed mobs, who had gathered nearby, where not shy about their promise to kill the Smiths. Smith and his men were confident that without adequate protection, they would be slaughtered; so they took matters into their own hands.

During the Smith’s tenure in jail, many visitors came. A man named David Fullmer smuggled in a single shot pistol and gave it to 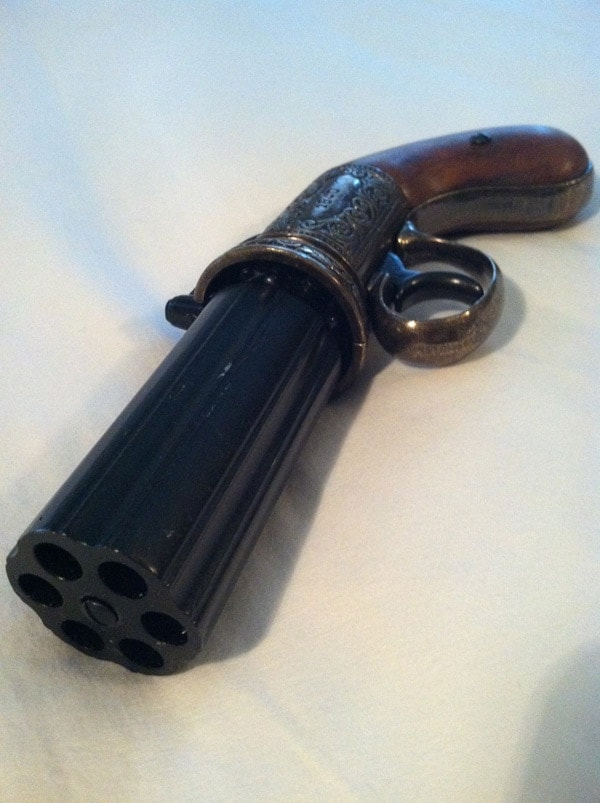 Joseph. Later, a Church member named Wheelock smuggled in a six shot “Pepperbox” pistol and offered it to the Mormon leader. The guards usually thoroughly searched the visitors, but the contraband slipped by unnoticed.

Joseph told Cyrus Wheelock to keep the firearm for his own safety, but Wheelock insisted to the contrary, upon which point the Prophet handed the single shot he had concealed to his brother Hyrum, taking the Pepperbox. “You may have use for this,” said Joseph.

Hyrum Smith observed, “I hate to use such things or to see them used.”

On June 27, 1844, about five o’clock in the evening, about 150 – 200 armed men stormed the jail.  Mob members ran up the stairs to the second story where the prisoners were and fired their muskets into the room.  Lead balls were fired at the door, one of which passed through the door and hit Hyrum Smith in the face, near his nose. He instantly fell to the ground dead, not having yet shot his single shot pistol.

After Hyrum Smith fell to the ground, Joseph Smith went to the door, opened it slightly and fired off the entire cylinder of his six-shot Pepperbox revolver. Three shots misfired, but the three other balls made positive hits on three would-be assassins. Two were killed and another died from wounds years later as a result of his injury.

The bayonet-mounted muskets instantly filled the tight space at the top of the stairs with thick smoke as more lead balls soared into another Mormon prisoner named John Taylor, who was seriously wounded.

Joseph knew the mob wanted his blood, so in an attempt to save his other friends in the room, he made an attempt to leap out the window.  He was shot both from the doorway and from the window from which he fell to his death.  Both Smiths received four balls.

In his letter to Emma Smith, his wife, dated June 27, 1844, the day of his death, he wrote, “There is one principle which is eternal; it is the duty of all men to protect their lives and the lives of the household, whenever necessity requires, and no power has a right to forbid it, should the last extreme arrive, but I anticipate no such extreme, but caution is the parent of safety”.

After the death of Joseph Smith, and his brother Hyrum, the mobs continued to fight against the Mormons. They burned the Saints’ temple, ignited over 200 homes, and finally succeeded in driving the members of the Church of Jesus Christ of Latter-day Saints west to the Rocky Mountains, where they headquartered in Salt Lake City, Utah.

Because Joseph Smith used a gun to defend his life and the life of his friends, some say that the term “martyr” inappropriately applies. Nevertheless, revered as a martyr, today congregations of the Church of Jesus Christ all over the world sing often of their slain Prophet, Joseph Smith.