On Saturday, 26-year-old Holly Pallone of Slatington, Pennsylvania, fatally shot her toddler in the head while he was asleep in his play and pack.

Pallone told authorities that she shot her son, 19-month-old Anthony Pallone Jr., in the forehead while unloading a .44 caliber Smith & Wesson revolver.

The young mother planned to sell the gun to her former drug dealer, an Allentown man nicknamed “Low,” for $200.

The gun did not belong to her, but to the man whose house she and Anthony Jr. were staying at.  It’s unclear what the homeowner’s relationship was to Pallone.

She admitted to investigators that she had no idea what she was doing when the gun accidently fired, the bullet traveling through a nearby mattress and into the infant’s crib, approximately five feet away.

“The bullet went into the mattress. We’ve seen that. Unfortunately, it traveled through the mattress … and into the baby’s [crib],” Lehigh County District Attorney Jim Martin told The Morning Call.

Martin referred to the incident a “grossly negligent shooting.” 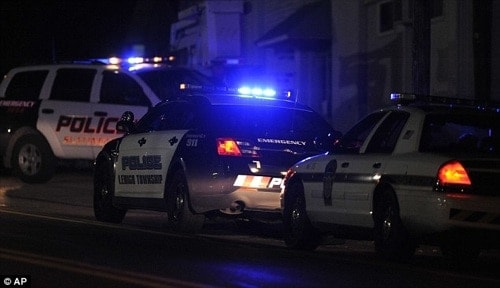 “I seen these flashing lights up here behind my dad’s place,” Ziegler told local news affiliate WFMZ. “Next thing you know I seen police cars coming up and one after another.”

“It’s something that should have never happened,” Ziegler continued. “It was the worst thing that I heard because I hate it when that happens to young kids.”

The child was pronounced dead at the scene.  Coroner Scott Grim ruled the death a homicide.  An autopsy is scheduled for Monday.

Pallone was arraigned Sunday morning from Lehigh County prison.  She is being charged with involuntary manslaughter and reckless endangerment.  Bail is set at $1 million.

A public defender will be representing her, according to court documents.  A hearing is scheduled for Monday, Oct. 15.

The child’s father is in the process of making funeral arrangements.