Specialty Sports and Supply is now offering a MultiCam version of Ruger’s new 10/22 Takedown. This rifle matches a stainless steel barrel and receiver with a green, tan and brown stock that would blend in just about anywhere.

The Specialty Sports MultiCam 10/22 Takedown also comes with a coyote-colored carrying pack. They will soon be adding MultiCam-patterned Ruger BX-25 22 LR 25 Round Magazines to their catalog. 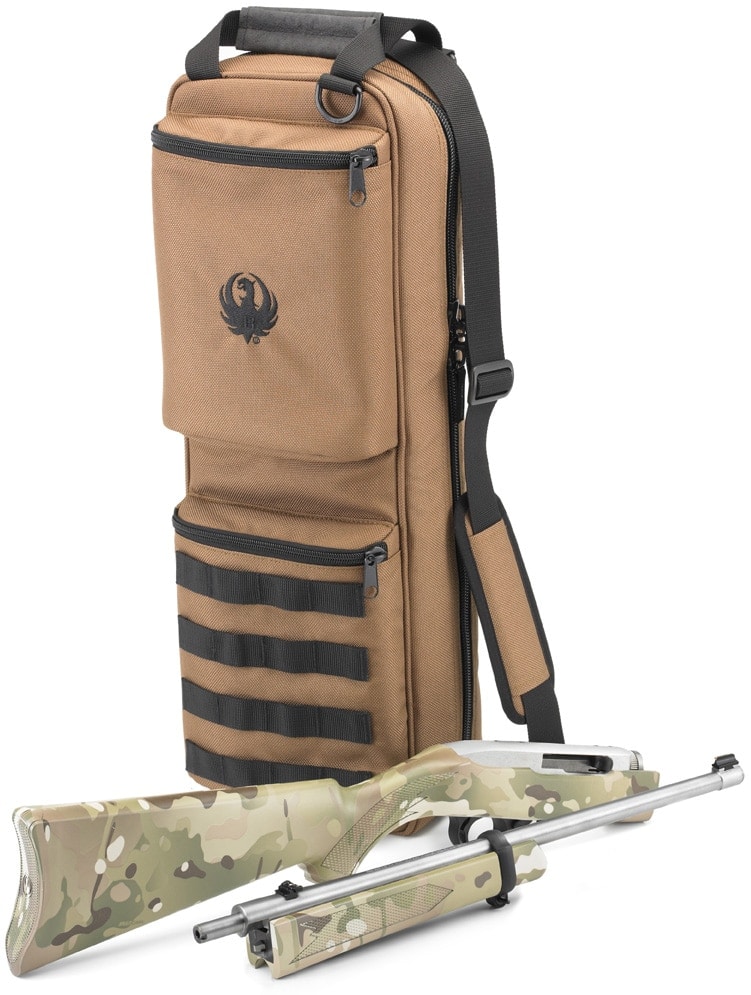 This new model Takedown is now available in limited quantities from Specialty Sports with an MSRP of $380, which is slightly higher than a standard 10/22 Takedown, which can usually be found for under $350.

If you’re not familiar with the 10/22 Takedown, it’s Ruger’s newest version of the 10/22, designed to be broken apart at the barrel for transportation, and comes with a custom backpack and carrying case that’s large enough for the rifle, spare magazines and plenty of ammunition, plus anything else you might want to take on a short hiking or camping trip.

Ruger’s Takedown uses a set of adjustable locking lugs with a lot of mass to latch the barrel in place. Unlike the threaded screw-in barrels of other takedown rifles, Ruger’s system will last longer and endure more wear. If it ever gets to the point where the locking system gets a little loose, it can be easily adjusted for a tight fit again. It’s also a lot faster to break down and reassemble.

It may weigh a little more than other takedown rifles at 4.67 pounds, but it is a 10/22 so it has a massive aftermarket and will last forever. Other specifications include an 18.5-inch barrel, a 13.5-inch length of pull and a gold bead front sight.

These Takedowns are hugely popular even though they’re new. Whether or not you’re interested in a MultiCam one or even a bright blue one, if you’re at all thinking about getting a takedown rifle chambered in .22 Long Rifle, you should put the 10/22 Takedown at the top of your list.