As Congressman Paul Ryan prepares to go toe-to-toe with Joe Biden at the vice presidential Debate Thursday evening, Gun Owners of America has a message for the GOP’s number 2 man: bring up the fatally flawed gunrunning program Operation Fast and Furious.

In a letter disseminated throughout the gun community, the advocacy group reminded Ryan of the golden opportunity he has to expose the truth about this faux sting operation that allowed approximately 2,000 firearms to flow into Mexico unimpeded (the majority of which landed right in the hands of known cartel operatives).

“You are in a unique position where you can bypass the mainstream media and tell Americans how the Obama administration wanted to use dead Mexican bodies as a way to drudge up support for gun control in this country,” the GOA alert states.

Ryan is no stranger to the details of Fast and Furious.  In fact, and as the GOA pointed out, he recently became the 131st Representative to call for Attorney General Eric Holder’s resignation. 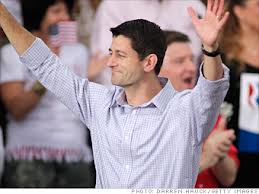 He’s also mentioned gunwalking during stump speeches on the campaign trail.   So, it stands to reason that Ryan may be already angling to deliver a F&F blow to Biden at the debate.

Though, like Romney leading up to the first debate, Ryan’s playing it coy, refusing to telegraph his debate strategy and being strangely complimentary of his opponent’s rhetorical prowess.

“Obviously, what we expect is the vice president’s going to come at me like a cannonball,” Ryan told reporters at Fox News. “They said he won every single primary debate in 2008. So believe you me, I understand that this man is extremely experienced.”

In all honesty, aside from the sluggish economy, civil unrest in the Middle East and the Solyndra scandal, Fast and Furious might be the best way to fend off a Biden offensive.  After all, how does one defend the indefensible?

Of course, F&F is more than a talking point or fodder for a political debate and there’s certainly a principled reason to press Biden and the Obama administration on it in any context, as the GOA stated in the letter:

In your debate this week, please mention Fast & Furious as yet another example of the way the Obama Administration has failed the American people — and, specifically in this case, used diabolical methods to advance its gun control agenda.

Remember, while no one died in Watergate, more than 300 people have perished because of Fast & Furious-gate.

Included in that “more than 300” is U.S. Border Patrol Agent Brian Terry, who was killed by cartel operatives on December 14, 2010, near Rio Rico, Arizona.

All that said, do you think Ryan should confront Biden on F&F at tonight’s debate?