Univision’s new documentary “Fast and Furious: Arming the Enemy” is a must watch.  In approximately 45-minutes, investigative journalists at the American Spanish language cable news channel give the viewer a real sense of the tragic repercussions the fatally flawed gunrunning operation has had on the Mexican people.

Here are just a few of the documentary’s key findings, courtesy of Gun Owners of America (which did its own analysis of the film):

* There have been other Americans — in addition to U.S. Border Agent Brian Terry — who were murdered by Fast & Furious guns, such as Air Force medic David Booher who was executed at a Juarez bar;

* There are scores of other crime guns which came into Mexico as a result of Fast & Furious that have not yet been tallied by Congress, such as the weapons used to massacre over a dozen teenagers at a party in Mexico — including some who were gunned down by lookouts as they escaped; and,

* There were other gun running operations, such as Operation Castaway which sent guns into Colombia, Honduras and Venezuela.

What was most striking about the film, at least to me, was the human element – that is to say, learning about some of the victims and their families. 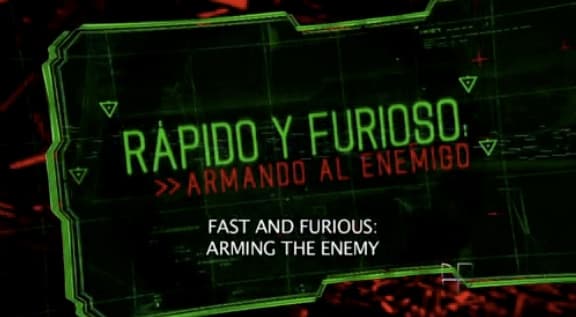 In covering Fast and Furious, it’s easy to get bogged down in the details, such as the number of guns trafficked over the course of the operation, or the politics, the ongoing debate on whether Attorney General Eric Holder should resign, and forget about the people who were gunned down by cartel operatives using firearms that were essentially gifted to them by the U.S. Government.

(There’s one scene that depicts cartel thugs raiding a dinner banquet and shooting attendees who are lying on the ground, execution style).

It’s sad, really really sad.  And it’s easy to get really, really pissed off about the whole ordeal.  Particularly, when one learns more about the casual indifference the ATF leadership exhibited toward the lives of innocent people.

A key example of this, as reported in the documentary, is ATF Special Agent in Charge of the Phoenix Field Division Bill Newell’s conclusions about the operation, that “the only way to track the guns was to wait for weapons to be recovered in crime scenes in Mexico.”

Perverse Logic and a pretty stark indictment on the mindset of the ATF.