556 Tactical, along with AR accessory experts at Samson Manufacturing, have developed a new Evolution rail with a different style design. This rail system is available in five different length versions, from 7 inches long to 15. Based on Samson’s Evolution rail, 556 Tactical has included some modifications that are both aesthetic and functional. 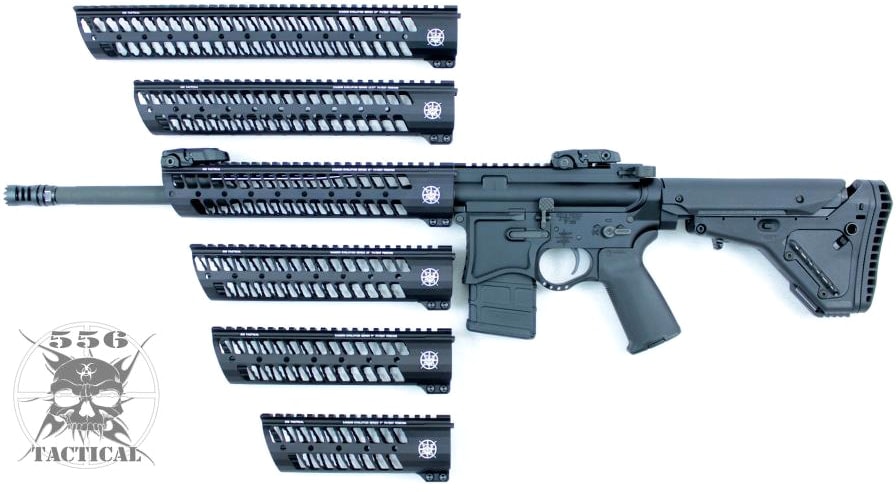 The biggest change with 556 Tactical’s Evolution is that there’s simply less handguard. The cutouts along the sides between the top rail and the optional side and bottom rail sections are more aggressive, with larger openings to save weight. 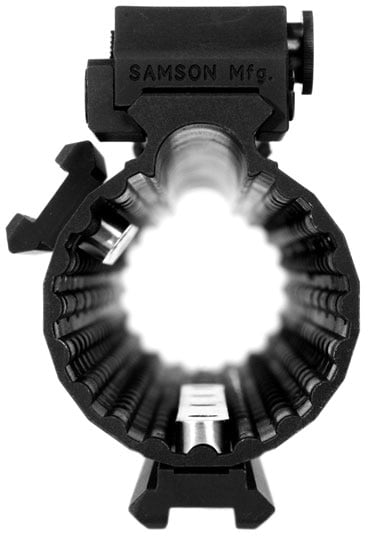 Like the Samson handguard, the 556 Tactical Evolution uses a thermal bushing to mount to the barrel nut while preventing as much heat transfer as possible. It also comes with all the tools you’ll need to install it, provided your upper doesn’t have an installed delta ring.

And while the outer diameter is just 1.8 inches across, the inner diameter is plenty open at 1.56 inches, with enough space inside to accommodate most silencers. It is constructed from mil-spec hard-anodized 6061 T6 aluminum with 303 stainless steel bushings.  Whichever rail you select comes with three extra optional rail sections, two 2-inch and one 4-inch for accessories. The rails can be mounted at the 3-, 6- and 9-o’clock positions as well as offset at 45 degrees.

If you’re looking for extremely lightweight rails, this may be the model for you. The 7-inch hanguard weighs only 7.2 ounces and the extra-long 15-inch handguard an impressive 11.7. This instructional video is for the Samson Evolution handguard, but the designs are similar enough that this will give you an idea of how to install one yourself.

The prices are par for the course, and depending on how much handguard you want will run you between $155 to $205. You can see the rest of the details in the press release and for more photos hit up their Facebook page. Expect to see them for sale at 556 Tactical’s web store.