NPR’s news program “All Things Considered” ran a story on gun violence and appearing on the show were two prominent figures from both sides of the issue, Dan Gross, the president of the Brady Campaign to Prevent Gun violence and Paul Barrett, the author of “GLOCK: The Rise of America’s Gun.”

In the interview (which you can listen to here), Gross delivered many of the standard Brady Campaign talking points. 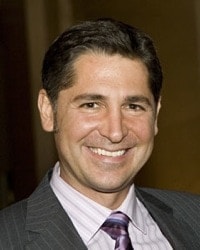 Gross talked about private gun sales and the gun show ‘loophole,’ saying that 40 percent of legally sold guns are sold without a background check, which he alleges has an impact on crime.

“Every day in our nation, 32 Americans are killed by guns,” Gross told Guy Raz, one of the program’s hosts.

For Gross, gun-related violence can be greatly reduced if the U.S. renewed the Clinton-era Assault Weapons Ban and enacted other gun regulations, among them ones requiring tighter background checks for prospective gun buyers.

But Barrett flat out debunked the claim that gun control would have any measurable impact on crime or the homicide rate.

“Criminologists have studied it, and the consensus is that those laws simply did not have a statistically meaningful effect on crime rates,” Barrett said.

“There’s a relationship between the presence of guns and the lethality of crime, but there is not a cause-and-effect, simple formula that will solve crime problems by simply regulating, in slightly different ways, how easily you can acquire a gun,” he explained. 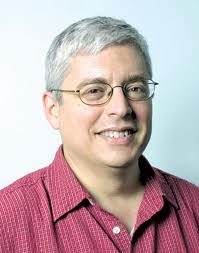 Barrett also discussed the propensity for gun control advocates to use mass shootings as an impetus for tougher gun laws; something he said was a diversion from the bigger issue.

So, with this in mind, how do we address the overall gun homicide rate (which has been declining over the years but still remains disproportionally high when compared to Europe)?

It seems as though there are two choices: destroy the Second Amendment, pass confiscatory gun policies and outright ban gun ownership for all citizens, vis a vis England, or address the real issues that propel crime, i.e. drugs and gangs (perhaps through legalization or decriminalization?).

It’s clear, though, that one of these options is not political feasible.

As NPR pointed out, in 1990, 78 percent of Americans supported tougher restrictions on gun sales according to a Gallup poll.  A decade later, that number fell to 44 percent.

Barrett iterated this fact and pointed to Obama’s tepid response to his gun control constituents in the Democratic Party.

“There is just not a lot of popular demand for stricter gun control,” he said. “The public opinion polls tell you that, and I think Barack Obama and his advisers can read those polls.”

Whether it’s the ineffective moderate forms of gun control that Gross supports or it’s draconian measures that ban all firearms, the public, by and large, does not support gun control.  Consequently, isn’t it time we redouble our focus on finding solutions for drug and gang-related violence?