One Caliber Handloading: What Do You Need?

I’ve been handloading my own cartridges for years now and I am asked quite often by budding reloaders, what they will need to get started.  Typically I recite my customary spiel on the basics of the getting into the hobby and occasionally I hear back, “But I only want to load for one caliber?” It’s at this point that I realize, my usual pitch isn’t really written for this audience; this guy doesn’t need a full size press and hundreds of dollars worth of stuff, because he only shoots for a certain thing. These guys are really only looking to put together 20 to 50 rounds here or there and typically just want a box or two for hunting, the off plinking load or something a little hotter for self defense. So for them something different is needed that is a bit less involved, complex and expensive. 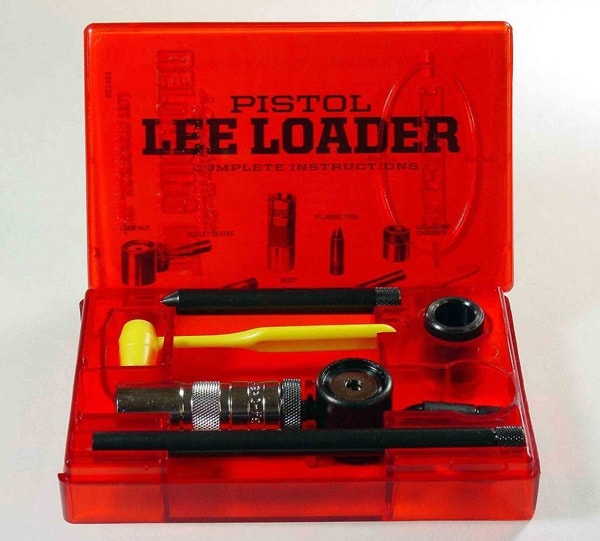 For over 50 years the Lee Loader has been making one caliber reloading affordable and within reason. Each Lee Loader will load one caliber, whether it is for rifles or handguns, and, at one time, shotguns. There is no scale just a powder scoop that if used with the loading data as per the instructions will give you good consistent loads. A rubber mallet is necessary for some of the tasks like knocking out the old primers and a few other details but, in all honesty, there is nothing else that a weekend reloader really needs.

As you may be expecting though, the Lee Loader has a couple of drawbacks.  You will not want to use it late at night because the necessary hammering will probably keep your wife or neighbors awake. The sizing die only neck sizes the cases but if you are using your own old brass or some new brass you need not worry about this. Speed should also not be an expectation. The Lee Loader is advertised as being able to load a round every 30 seconds when dialed in, but I think the real time is closer to a minute. For someone who is just looking for a few rounds here and there you could do a lot worse and since the average Lee Loader costs less than $30 (half the price of the cheapest bench mounted press) it is certainly affordable.

A history of one caliber reloading

One caliber reloading is certainly nothing new.  As a matter of fact that is how this whole craze began.

In 1884 a man named John Barlow invented a tong style tool that had a bullet mold to the front and reloading dies for one caliber mounted on one handle. The following year the Ideal Tool Company began producing this tool, and what we know now as the Lyman 310 was born.

The new reloading tools were an instant hit, especially with hunters who were away from a place where they could get ammunition. The mold allowed them to cast bullets and reload their cartridges on the spot. The tool was caliber specific and Ideal would take custom orders for new calibers and then after they had made one, they added that caliber to their inventory. The bullet mold was dropped from the 310 tool in 1900 and the company was purchased by Lyman in 1925.

Despite a few financial problems the Lyman 310 has always had a devoted following and has been popular for decades.  In 1947 Lyman changed the design so that one set of handles could accept different dies for different cartridges and in 1957 the tool went from being made of steel to an aluminum alloy. The Lyman 310 has remained the same to this day.

As far as loading for one caliber, the Lyman 310 is ideal (no pun intended). The dies are slightly smaller in size than standard reloading 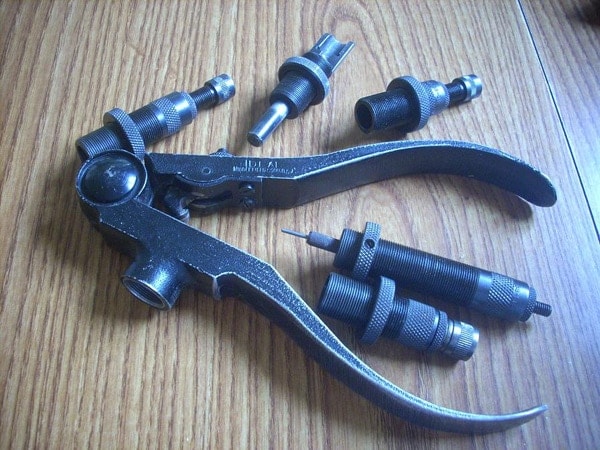 dies so they won’t fit in a bench mounted press except the old Lyman Tru-Line Junior. The little 310 is nice because you can take it anywhere and it occupies such a little amount of real estate. The dies for .38 Special and .357 Magnum all fit snugly in an AK-47 magazine pouch for my 310.

The little 310 is like the Lee Loader, it neck sizes cases only so it is best to use only new cases or ones that came out of your gun. It is much quieter to use than the Lee Loader and you don’t need a hammer to tap anything out. For the one caliber shooter the little 310 works great because you don’t need a press and you can do all of the work right at your kitchen table without having to C-clamp a press anywhere much to the consternation of your better half. As far as affordability the little 310 tool itself is under a hundred dollars new and the dies for one caliber less than 70 brand new, but Ebay is often loaded with them, and I purchased a Lyman 310 tool and the dies for myself for one caliber for only $40.

What about a decent scale for the one caliber shooter? You could get a simple balance beam scale.  I started like many people with the Lee Safety Scale, which is inexpensive and will work great for reloading one caliber but I do prefer a digital scale myself. 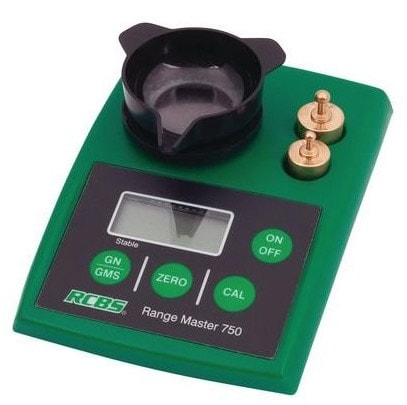 I purchased a RCBS 750 a few years ago. It takes up about as much room as a large calculator and uses either a 9V battery or plugs into a wall outlet. It costs a little more than a $100 so I would consider it more of a luxury for the one caliber handloader but it is something to consider.

I hope everyone out there who has just one caliber they shoot a lot still considers getting into this craft, which is not too difficult, certainly not magical and definitely appropriate for the single caliber shooter. It will save them a great deal of money in the long run and with a little practice it will seem like nothing to put out 25 rounds in less than an hour or so with either the Lee Loader or the Lyman 310 (although the little 310 is a bit quicker). Both can give the one caliber handloader years of service and are a great stepping stone to bigger outfits if you choose.