I’m not going to pretend to understand the science behind Radio Frequency Identification (RFID).  I can understand what RFID does.  That part is simple enough.

RFID is a two part process.  There is a tag of some sort.  These vary in size from flat panels the size of a stamp, to tiny capsules the size of a grain of rice.  These are passive, which means they don’t require battery power to operate.  The second part is an electronic device that reads the information on the tag. 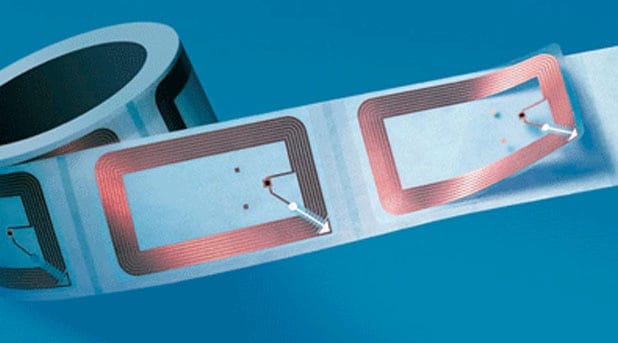 The information on the tag can be almost anything.  Tag readers, which operate by sending and receiving radio waves, only work when the tag is close, within a few feet.

RFID is currently at use in many stages of production and inventory tracking.  As an automobile passes RFID readers on an assembly line, for example, the RFID reader registers its progress.  On the consumer end, when you buy something like clothing from a department store, the store’s inventory tracking system is alerted to the reduction in inventory.  Libraries.  Toll roads.  Airports.

Firearms are always going to attract attention.  There are some who want to use RFID to enable or disable safeties on guns.

The idea is that an RFID enabled gun will fire for someone with an accompanying tag.  The reader would be in the gun itself.  The tag would be worn in a ring or bracelet.  When the two are within inches of each other, the safety would disengage, allowing the gun to fire.

TriggerSmart has made news recently with their RFID patents.

The potential for this is limited, at best.  It has obvious benefits for the police and any other people who might have their weapons forcibly removed from them and used on them.  It could also be an additional safety for shooters who have children, or others around who shouldn’t have access to guns.

This, I think we would all agree, could be good–if it is proven to work flawlessly.

But TriggerSmart envisions making safe zones, such as airports and schools, that will be equipped with devices that render RFID weapons inoperable.  This seems much more farfetched.  As there is no way to retrofit the millions and millions of existing guns with RFID, there is no way to make this 100 perfect effective.

We are so far away from RFID enabled weapons and RFID disabling safe zones.  Both are nothing more than hypothetical, at this point.  But there is something more troubling.

But RFID technology tracks purchases.  Many of us are very concerned about how much information our governments collect, especially when this information has to do with our guns.

RFID could be used to track firearms and ammunition purchases, and this has drawn an official response from the National Shooting Sports Foundation (NSSF).

The NSSF, in a 2011 press release, has come out against the commercial use of RFID on firearms and ammunition.  Their position is “Turn it off, Take it off.”

Their position is this: “No personal information about the consumer purchasing a firearm or ammunition product should be electronically retained or stored by the merchant through the use of an RFID device affixed to the product or its packaging.”

The NSSF concludes, “The firearm and ammunition industry believes the proper balance between controlling inventory and lowering costs and respecting consumer privacy is best achieved by retailers voluntarily adopting the ‘Turn It Off, Take It Off’ guidelines.”

RFID has immediate implications concerning data gathering, but that isn’t why it draws attention.  There are some vocal opponents who believe this type of technology can be used to track actual weapons’ movements, or render weapons inoperable remotely. 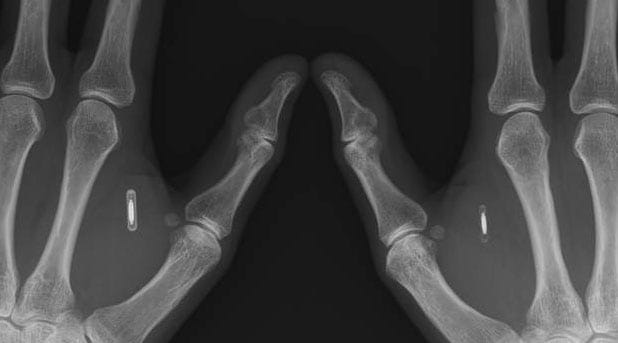 There is no evidence of either of these even being possible, much less probable.  But the fact that they could be possible, hypothetically, is enough to cause alarm.  And that is all we need to get talking.

If you’re worried about who knows what about you, or who has access to your information, than you need to be vocal in your opposition to the use of RFID tags on guns and ammunition, and maybe on everything else, too.

But there are some promising uses for the technology.  A simple RFID chip secured inside a gun could aid in its return, if it were to be stolen, or it could assist in inventorying ones own personal firearms collection.  Snagg, a small company that specializes in these sorts of tracking devices, is working on the process now.  But it has to be recovered by someone with a RFID reader.

But we’re still talking about gun safety, not scary government.  It is up to us, responsible firearms owners, to show that the brain is the most effective firearm safety device, and keep your guns away from those who have no business using them.  And it is up to us to stand up to ineffectual and obtrusive uses of RFID.