Straw purchasers in the Keystone Stone State might want to start looking for a new way to generate income.

That is because a bill designed to crackdown on individuals who illegally buy guns for criminals is headed to Pennsylvania Gov. Tom Corbett’s desk after passing through the state House and Senate by overwhelming majorities (the votes were 186 to 10 and 49 to 0, respectively).

House Bill 898, which was co-sponsored by state Rep. Marcy Toepel, would create a five-year mandatory minimum sentence for those who are convicted of multiple straw purchases.

The law would also allow the state to charge someone with multiple straw purchases at a single proceeding, meaning that a first time offender who has multiple counts against him for straw purchasing could be tried as a repeat offender and thus face the five-year mandatory minimum.

“If you are convicted of multiple gun purchases you will be subject to a mandatory sentence of five years for the second and subsequent violations of the straw purchase section of the law,” Toepel explained to the Times Herald.

The bill drew special attention in recent weeks after Plymouth Township Police Officer Bradley Fox was fatally shot by a gunman who used a firearm that had been obtained through a straw purchaser.

The gunman was on probation in Montgomery County and was not legally allowed to own a firearm, authorities said.  He took his own life shortly after he shot Fox.

As for the man who sold the gun to the shooter, he is now facing multiple weapons charges.  Authorities said he straw purchased as many as eight guns for officer Fox’s alleged shooter.

Officer Fox, a Marine who served two combat tours in Iraq, had five years on the job.  He was 34 years old.  He is survived by his pregnant wife and five-month-old daughter (see video for details).

To remember Fox, lawmakers are going to name HB 898 after him.

“We are going to name it the Brad Fox law in honor of Plymouth Police Officer Brad Fox,” said Toepel.  “Officer Fox lived in my district.”

City officials hope that the Brad Fox law helps to staunch the flow of illegal guns in the streets. 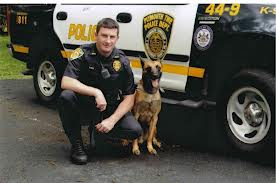 Sen. Larry Farnese (D-Philadelphia) said that the bill was a “critical step to combat gun violence.”

“It truly is a life and death issue,” Farnese told the Associated Press.

Citing Philadelphia crime figures that indicated guns were used in more than 80 percent of the city’s homicides and pointing to cases where three straw purchasers put as many as 16 guns on the street, District Attorney Seth Williams lauded the bill.

“While they may not have pulled the trigger or committed crimes of violence themselves, they are just as responsible as the criminals breaking the law with those guns,” Williams said in a statement.

It’s expected that Gov. Corbett will sign the bill into law in the coming weeks.

Will cracking down on straw purchasers help to make a difference?  Will it bring down crime rates?  What are your thoughts?