New York City Mayor Michael Bloomberg has 25 billion reasons for local, state and federal politicians to pay attention to him this election season.

With his new “Super PAC” – Independence USA PAC – Bloomberg is essentially advertising that part of his fortune, somewhere in the neighborhood of $10 million to $15 million, is up for grabs if one shares or is willing to support his agenda.

In a statement on his website, Bloomberg spoke about his PACs objectives and what policy initiatives are most important to the three-term mayor.  Not surprisingly, gun control was implicitly addressed.

“It’s critically important that we have elected officials in Washington, Albany, and around the nation who are willing to work across party lines to achieve real results,” Bloomberg said.

“I’ve always believed in the need for more independent leadership, and this new effort will support candidates and causes that will help protect Americans from the scourge of gun violence, improve our schools, and advance our freedoms.”

As the New York Times pointed out, Bloomberg’s decision to enter the 2012 campaign season in its final weeks gives him a strategic advantage to attract candidates who find themselves in tight races.

According to the Times, he is prepared to “invest as much as $1 million in a given race, which is a significant sum, given that some Congressional candidates spend less than $2 million on their campaigns.” 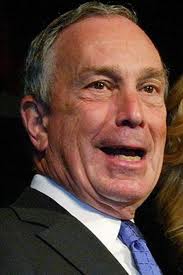 In other words, if a politician in a close contest shares or is willing to adopt Bloomberg’s vision, he/she will get a Bloomberg bump, a large infusion of cash that will likely tilt the scales in the candidate’s favor.

Thus far, Bloomberg’s PAC has backed at least two pro-gun control candidates, State Senator Gloria Negrete McLeod of California, who is running against a fellow Democrat, Rep. Joe Baca, who the mayor believed was soft on gun control, and Rep. Bob Dold, a Illinois Republican who has voiced support for gun control in the past.

News of Bloomberg’s PAC should remind gun owners that the mayor is on a mission to upend the Second Amendment as we know it.  And as his tenure as mayor nears its end, gun owners should expect to see the billionaire redoubling his efforts to bring NYC’s stringent gun laws to the rest of country.

“This spending sends a clear message that the mayor intends to keep his wallet open after he leaves office to influence national policy around issues like guns, education and marriage equality,” said one top Bloomberg adviser, who spoke on the Times on the condition of anonymity. “If anything, leaving office will free him to do even more.”

“Even more!”  That’s a scary thought, especially coming from the man who heads Mayors Against Illegal Guns, arguably the most aggressive pro-gun control organization in the country.