On Oct. 4, Radcliffe Franklin Haughton, 45, slashed his wife’s tires because he was convinced she was cheating on him.

Several days later, on Oct. 8, his wife, 42-year-old Zina Haughton, filed a restraining order in which she claimed Haughton posed a threat to her safety.  She cited his promise to her that he would burn her family with gas if she ever left him or called the police, according to court documents obtained by the Associated Press. 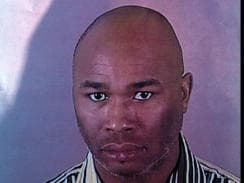 Zina’s request was granted and a four-year restraining order was placed on Haughton.  Due to his troubled past (he was arrested previously for domestic violence) and as part of the restraining order, Haughton was prohibited from owning a firearm.

Unfortunately, but unsurprisingly, that mandate wasn’t enough to stop him from obtaining a .40-caliber handgun.

On Sunday, Haughton walked into his Zina’s workplace, a suburban spa in Brookfield, Milwaukee, started a fire with flammable liquid and began shooting at the women working there.

In total, Haughton shot seven people, killing three and wounding four others.  Zina was one of the three women who was fatally shot in the attack.

Haughton then turned the gun on himself.

Brookfield Police Chief Daniel Tushaus spoke to the press about the tragedy.

“We were expecting an armed encounter if we did come across him,” Tushaus said of law enforcement search of the spa and one “locked area” in particular. “When we did eventually get into that locked area, we did determine that he, in fact, was dead.”

Chief Tushaus declined to “elaborate on the circumstances of whether Haughton had surrendered any weapons prior to Sunday’s salon rampage” per the restraining order, the AP reported.

The Truth About Guns blog reported that the “two-story, 9,000-square-foot building across from a major shopping mall in a middle- to upper-class community west of Milwaukee”—had a ‘no firearms’ policy in place.”

Gun Rights Examiner is following up on this ‘Gun Free Zone’ aspect of this story but has yet to get a conclusive answer on the matter.

Already there are rumblings about Democratic lawmakers pushing for new gun laws in Wisconsin.  Sen. Lena Taylor is angling to reintroduce a bill designed to take guns away from perpetrators of domestic violence, CNN reported.

At face value, a law like this seems to make sense and depending on how it’s written would probably garner support from gun owners.  But still, like with all well-intentioned gun laws, there are severe limits to their real-world efficacy.

At the end of the day we have to ask ourselves, would any gun law (or court order or ‘No Guns Allowed’ posting) really stop a crazed individual like Haughton from obtaining a firearm and attacking his wife?