Reasons why you shouldn't try stealing a gun owner's car

Getting your car stolen sucks the big one. The worst part about is that most car owners don’t get a chance to stop it. Your car is there when you go to sleep, and then when you wake up it’s gone. Some men, like Pulp Fiction’s Vincent Vega, would give anything to catch a car thief in action.

One enviable car owner managed to catch a pair of car thieves in action in Morgan County, Missouri. And unfortunately for the car thieves, that car owner also just so happened to be a gun owner.

According to Lake News Online, the gun owner confronted 45-year-old Robert Eaton, and his partner in crime, 50-year-old Mark Meggs, as the two were trying to break into a truck. Meggs immediately fled the scene, leaving his partner to stare down the barrel of a gun as they waited for the police to arrive.

The cops took Eaton into custody and went on a manhunt through the woods for Meggs. Meanwhile, Meggs had approached another neighbor with a story about how he was having car trouble (technically, that’s kind of true) and that he needed to call somebody for a ride. Another neighbor was aware of the full situation, though, so he phoned the police and warned them that one of the suspect might be hiding out at a neighbor’s place. 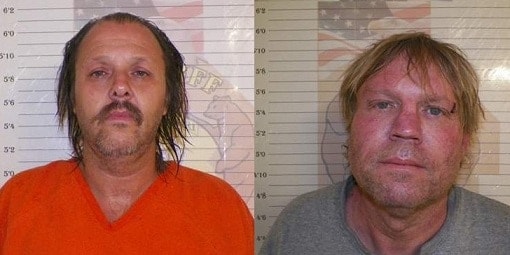 So, the cops swung by and picked up Meggs, too. They slapped ‘em with tampering and burglary charges and their bonds have been set at a hefty $50,000.

Upon further investigation, it seems that these two small-time crooks were on something of a spree. The police believe that the two men had broken into another residence a few days earlier and had stolen valuables. Many of those valuables have since been recovered.

The world is an ever-so-slightly better place thanks to that ballsy gun owner. It’s not like these two men are mass murderers or anything, but there’s just something viscerally satisfying about a gun owner stumbling upon a pair of men who are trying to swipe his car – it’s instantaneous karma kicking in.

What would you do if you were in the gun owner’s shoes? Shooting a guy who breaks into your home in the middle of the night is one thing – that guy’s inherently threatening you and your family. Shooting a guy who’s stealing your car is another matter – that guy’s just being a toolbag and isn’t really threatening anybody. It’s great if you can get the thieves to kiss the dirt and wait for the cops to show up, but if they turn tail and run there’s not much you can do stop them without putting a bullet in their backs. What would you have done differently to take control of the situation?