Be careful with a BB gun – you could poke somebody’s eye out. Thanks to the widespread popularity of “A Christmas Story”, everybody who’s been in the proximity of a television during the month of December knows the potential perils of a BB gun. Still, the threat of losing an eye wasn’t enough to shake one store clerk in Michigan.

According to reports, a man wearing a hoodie walked into a highway-side Michigan convenience store at about 7:45 p.m. The man, who appeared to be in his early to mid 20s, then pointed a BB gun at the store clerk and demanded money.

The clerk replied, “Are you kidding me?”

No, he wasn’t. The would-be robber tried the same stunt all over again. He pointed the BB gun at the clerk and demanded money. 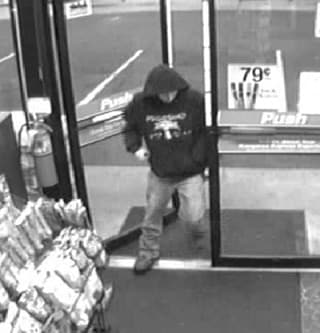 The clerk asked, “Are you robbing me with a BB gun?” He then told the incompetent robber to leave the store. We don’t have the exact quote on that one, but we’re betting he didn’t ask nicely.

The man gave one final attempt to nab the money (third time’s a charm?) by reaching over the counter and hitting the clerk in the chest with the BB gun. That didn’t work either, so the thief cut his losses and bolted.

Police arrived on scene and did a manhunt, but they were unable to locate the suspect.

This story turned out exactly the way it should have – with the clerk laughing in the thief’s face. The crazy thing about it is that it could have gone differently. If the clerk has known less about guns and was more easily intimidated, then the clerk might have fallen for the ruse and assumed that it was a real firearm.

This illustrates the importance of general gun knowledge. People tend to fear what they don’t understand, and that’s especially true in the world of firearms. Based on the evidence, it seems that the robber was relying on the clerk being ignorant of guns.

It reminds of us a story from a few months back when teachers flipped out over a fake grenade launcher, which turned out to be little more than a PVC pipe with camo paint. Should you exercise caution when you see a potential threat in a public school? Certainly, but the panic could have been mitigated if just one teacher had actually looked at the fake weapon, rather than just assuming the worst.

Maybe if people would be a bit more level-headed like this clerk, you’d hear fewer stories of cops shooting kids with toy guns, or stories of people reacting with knee-jerk fear every time they see an average, law-abiding citizen with a firearm.