Is it Time to Close the “Gun Show Loophole”?

The man who shot and killed three women at a Wisconsin spa last weekend was not lawfully allowed to purchase or possess a firearm due to a restraining order against him.

However, 45-year-old Radcliffe Haughton broke the law and bought one anyhow.  He went online and purchased a 40-caliber handgun from a private seller.

Due to the fact that it was a private seller, someone who was not “engaged in the business” of selling firearms, there was no background check requirement as there is when one buys a gun from a federally licensed dealer. 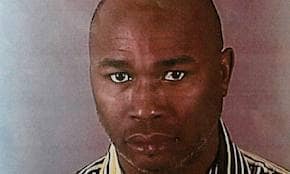 This, as many of you know, is what pro-gun control advocates refer to as the “Gun Show Loophole.”

Needless to say, when news spread of how Haughton obtained the gun, the leaders of the pro-gun control community sounded off.

“Federal law prohibited this man from buying a gun, but loopholes in the law make buying a gun without a background check as easy as turning on a computer,” said Mayors Against Illegal Guns Co-Chair and New York City Mayor Michael Bloomberg. “Now, how can any elected official say that the broken background check system works? How can they look in the eyes of the families – the victims’ families – and tell them this system doesn’t need to be fixed? They can’t.”

“Our gun laws give people like Radcliffe Haughton two choices: buy a gun from a dealer and undergo a background check or buy a gun from a private seller, no background check and no questions asked,” said Mayors Against Illegal Guns Co-Chair and Boston Mayor Thomas M. Menino. “These loopholes have devastating consequences for the many families in our communities affected by gun violence. The solution is simple, but we must have a plan from leadership in Washington.”

The argument against universal background checks on all firearm sales is a pretty straightforward and simple one.  It’s impractical, that is, it would be really difficult to enforce and, at the end of the day, it wouldn’t stop criminals from getting their hands on guns.

Wisconsin Attorney General J.B. Van Hollen iterated this common sense argument when he was asked about the putative “loophole.”

“Not to mention, you could try to close every presumed loophole you can, and people who want to do these things are going to find a way to do it.”

Indeed.  But, for the sake of argument, I’m willing to work together with the pro-gun control community on this issue, if they’re also willing to work with me on several important Second Amendment issues.

Here’s what I’m proposing, I’ll agree to a five-year trial run on universal background checks, during which time all firearms transactions will go through an FFL.  At the end of five years, if closing the “loophole” has a measurable effect on national crime rates we’ll keep it on the books, if it doesn’t, we’ll scrap it.

I will agree to this if, and only if, the pro-gun control lobby sees that the following comes to fruition:

1.    A Supreme Court ruling that says the Second Amendment covers not only self-defense within the home, but also self-defense outside the home.  As such, all 50 states must pass and enforce ‘shall issue’ concealed carry laws (‘unrestricted’ or ‘Constitutional carry’ laws would also be acceptable).
2.    National concealed carry reciprocity between all 50 states.
3.    This one has two parts, first an acknowledgment by pro-gun control lawmakers that the Clinton-Era Assault Weapons Ban was ineffective and pointless, as the National Research Council concluded.  Second, an outright ban on any legislation remotely similar to the Assault Weapons Ban.
4.    A total and complete cessation on efforts to ban online ammo sales and high capacity magazines.
5.    The resignation of U.S. Attorney General Eric Holder for his hand in the fatally flawed Operation Fast and Furious.

Anyways, those are my hypothetical negotiation points.  I’m sure I’m missing some good ones, so please feel free to add on.

To give you an idea of where certain states stand on this issue, here is some more information courtesy of the Coalition to Stop Gun Violence:

An obvious question emerges, is gun-related violence any lower in states that have closed the loophole when compared with those that have not?  I have yet to do the research, but I highly doubt it.

Overall, though, what are your thoughts on the “gun show loophole”?  Do you believe we need to “close it”?