One of the men responsible for the death of U.S. Border Patrol Agent Brian Terry pleaded guilty on Tuesday to first-degree murder.

“Agent Terry was killed in the line of duty courageously safeguarding our border,” said Laura Duffy, U.S. attorney for the Southern District of California, which is prosecuting the case. “Today’s plea is an important step in seeking justice on behalf of Agent Terry.”

Osorio-Arellanes was part of a five-man rip-off crew that was targeting drug smugglers crossing the border.  Their objective was simple, locate drug traffickers and steal their dope.

In Dec. 2010, Osorio-Arellanes and his team of bandits crossed the U.S.-Mexico border illegally into a desolate part of Arizona where the group had amassed a secret cache of weapons over the previous months.

On Dec. 12, 2010, after having retrieved their guns and gear, they hiked into the remote area of Rio Rico looking for drug smugglers to rob when they suddenly encountered Agent Terry and his tactical unit.

In a few short minutes, a gunfight broke out and Agent Terry was shot and killed. Osorio-Arellanes was also wounded in the melee.  Border Patrol Agents quickly apprehended him.  The other four bandits escaped.

Several firearms were left at the crime scene.  When investigators received the trace data on the recovered firearms they learned that the weapons were bought by a known straw buyer who had an affiliation with the Sinaloa cartel.

Authorities also realized that 25-year-old Jaime Avila was being allowed to purchase those guns from law-abiding gun shop owners under a Phoenix-based ATF sting operation known as “Fast and Furious.”

This critical piece of information blew the doors off of the whole gunrunning scandal, which permitted Avila and other straw buyers to eventually traffic as many as 2,000 firearms to gangsters and drug cartel operatives.

Currently, Avila is in custody awaiting sentencing on charges related to gun trafficking.  He is not being charged for the murder of Agent Terry.  He faces up to 10 years in prison. 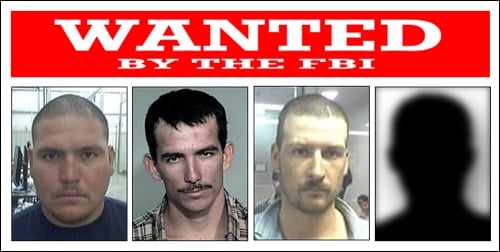 As for the four other men involved in the shooting of Agent Terry, only one other, Lionel Portillo-Meza, is in custody.  He is in a Mexican prison awaiting extradition to the U.S.

In July, the FBI offered a reward of up to $1 million for information leading to the arrest of the other fugitives.  They’re continuing to aggressively pursue leads on the whereabouts of the three men.

On Tuesday, the Terry family issued a statement that said it was “extremely pleased with this development, but acknowledges that justice is still a long way off in this matter.”

“My son is an American hero who died doing his job protecting this nation and its border. It’s been almost two years since he was killed. My family knows much more now than we did in the weeks after Brian’s death when our own government denied the claims of a few courageous ATF whistle blowers that guns were being walked. I know too that Operation Fast and Furious and the subsequent denials of gun walking by DOJ have embarrassed both President Obama and Attorney General Eric Holder, but my son deserves the truth and full transparency by his government. I once again ask the President to retract his claim of executive privilege and release the many documents pertaining to Operation Fast and Furious. I also ask the President to hold those individuals in ATF and DOJ accountable for their part in the widespread management failures that resulted in Operation Fast and Furious.”