So, Why did the DHS Buy all that Ammo?

Awhile back, the American media reported several, often disparate, stories about Federal agencies stocking up on ammo. Now when the Army makes a big ammo purchase, nobody blinks an eye, but when the Social Security Administration, the National Oceanographic and the Atmospheric Administration’s National Weather Service make big buys, you might want to stop and ask “why”?

Forecasts from the weatherman might be wildly inaccurate, but I don’t know that I’ve ever heard of a weatherman needing to arm themselves and ammo up because a resulting downpour ruined somebody’s picnic, though recent tragedies may prove otherwise.  Regardless, when the NWS makes major ammo buys, it raises some questions from people who pay attention to such things. Ditto for the Social Security Administration – when’s the last time you heard of a Social Security office under siege by terrorists?

The National Weather Service ordered about 46,000 rounds of .40 S&W JHPs, to be delivered to four locations – offices in Florida, New Jersey, Maine and Massachusetts.  Whether or not any of these came in handy during the aftermath of hurricane Sandy, I don’t know, but would be interested to find out.  The Social Security Administration put in an order for 174,000 rounds of .357 Sig JHPs, for locations in Baltimore, L.A., Detroit, Oklahoma City, Dallas, Houston, Atlanta, Denver, Philly, Pittsburgh and Seattle.

Of course, when this news did hit the streets, the reactions were predictable. Those that see conspiracies under every rock immediately assumed that Uncle Sam was girding his loins for an all-out assault against We the People. Apologists for the government loudly proclaimed “nothing to see here…move along.” And the rest of us were left scratching their heads, wondering if this was something to be worried about.

The government wasn’t much help in getting to the truth. Here’s a helpful suggestion to P.R. flacks shilling for Uncle Sammy – get your stories straight before you talk to the public. The first story we heard was “this is just practice ammo for our security force and field investigators.” Um…really? Look, I know that the Feds are famous for treating our tax dollars as if it’s a limitless resource, but using jacketed hollow points for practice is like buying 64GB iPads and throwing them away because they need to be recharged. JHPs can run over $1/round, even if you don’t buy the cheap stuff. Roundball practice ammo comes a lot cheaper – Walmart sells Winchester “White Box” FMJs for less than $33/per box of 100 rounds. Do the math. Who in their right mind is going to practice with FMJs, when roundball (or wadcutters for that matter) are so much cheaper? 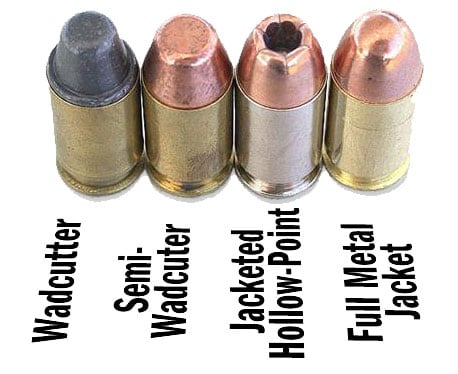 The next rationale Uncle Sam offered was that this was a clerical error, and that the ammo was not destined for the National Weather Service. Oddly enough, that wasn’t comforting, as they didn’t fill us in on for whom the ammo was actually purchased. TSA?  CDC? EIEIO? We don’t know, and they ain’t tellin’. And it’s not just who the ammo’s going to, but how much ammo we’re talking about here.

The third explanation was offered up by a U.S. Congressman, who claimed that there’s a perfectly reasonable explanation for the volume of ammo purchased. He said that the government was acting responsibly with our tax dollars, by buying in bulk.

Excuse me whilst I recover from paroxysms of laughter. That’s because I know the way the Feds buy things.

How the Feds go grocery shopping…

There’s a little-known agency called the Government Services Administration, or the GSA for short. When Uncle Sam wants anything more than a six-pack, it goes through the GSA. The GSA publishes a request for bids on whatever items a government agency wants. They’ll say something like “taking bids for 1 gazillion units of left-handed do-hickies, metric threads, for the access panel of the RU-486 Illudium Modulator, for the Department of Redundancy Department, to be purchased within the Fiscal Year 2012.” Anybody who makes or sells these do-hickies can apply to be a government contractor (kind of a grueling process in and of itself, though ultimately lucrative) and then bid on the request. The lowest bid from an approved contractor gets the business.

So after an exacting bidding process for “do-hickies”, suddenly, nothing happens (though the order better happen suddenly when it comes from the GSA). This is because the contractor fulfills orders from the GSA as they come to the GSA from various government agencies.  The contractor must make the items available, on demand, at the price agreed-upon in the GSA contract. Note that the agencies don’t buy direct and they don’t buy all at once. The GSA just gets them a guaranteed price, then the agencies order what they actually need as they need it through the GSA.

Nothing in what I’ve read indicates that this was the process in use here. From what I can see, it looks like the DHS folks wanted massive amounts of ammo, and they wanted it all now. Why? Okay, lets assume (for we have no reason or evidence to believe otherwise) that the buy was made for the Department of Homeland Security. (All the agencies mentioned are a part of DHS). Who’s a part of DHS nowadays? Let’s see:

And that’s kind of the tip of the ICEberg, if you’ll pardon the pun. There are a bunch of other minor agencies under DHS, too. The one that really jumps out at me, though is the TSA. Did you know that the TSA has expanded their charter (to protect transportation at airports, docks, etc.) to include security at places like the Republican National Convention and the Democrat National Convention? Does that have anything to do with “transportation”? Of course not. What it does have to do with is an out-of-control bureaucracy, bent on expansion.

One other theory, floating around out there, is that this ammo buy was used as a cover for the ops side of the Bureau of Alcohol, Tobacco and Firearms (ATF)’s colossal train wreck known as Operation Fast and Furious. Some hypothesize that DHS was funneling ammo to the Mexican cartels, to go along with the guns that the ATF was sending their way. I’m not convinced on that one, simply because of the timing. The ATF has gone to ground on all things F&F-related, and while I believe the Feds have an almost-limitless capacity for self-inflicting wounds, I don’t think they’d do anything that stupid at this point.

That leaves the 800 lb. gorilla in the theory room – that the DHS is stocking up on ammo in preparation for insurrection at home and with this election as close as it is, realistically, this probably makes the most sense. Let’s play Devil’s advocate though, before we go careening into ConspiracyLand.

The Department of Homeland Security was created under the Bush Administration, ostensibly to combine existing agencies (and create the TSA) to make us more secure in the case of terrorist attacks. You can argue that, overall, the DHS has been an unqualified success, if you base that analysis on the fact that there have been no major terrorist attacks on U.S. soil since 9/11, and the only ones (that we know of) that were tried, were thwarted. When you dig a little deeper, however, two questions spring to mind: is the DHS really doing a good job, and at what cost does this security come?

The foiling of terrorist attacks here in the Homeland have been largely due to a few alert individuals that either were really good, really lucky, or a little of both. Nothing wrong with that. But when you look at the bloated DHS budget, you have to wonder if the money they’ve spent is worth it. All across the country, Homeland Security money has been squandered on some really stupid stuff and ammo purchases don’t even begin to scratch the surface and because of the political hot potato (for both parties) that is the issue of “border security,” little has been done to secure our borders. So in a way, it makes sense for DHS to want/need ammo. When you have a southern border that resembles nothing so much as a hunk of Swiss cheese, it’s only a matter of time before someone takes advantage and mounts an attack on us via Mexico.

Oh, wait. That’s already happening. If you look at the murder (on U.S. Soil) of Border Patrol agent Brian Terry, with guns distributed to the Mexican cartels by the ATF, we’re already there. Add to that the murder of a rancher in Arizona on his own land, plus the ceding of land along the Mexico border by U.S. Law Enforcement deeming the territory “too dangerous to patrol,” and you’ve got some concrete evidence that we’re not only vulnerable to our South, an attack is already being perpetrated.

The world financial markets, our own careening towards a financial tsunami of red ink and a presidential election/political climate as divisive as this country as ever 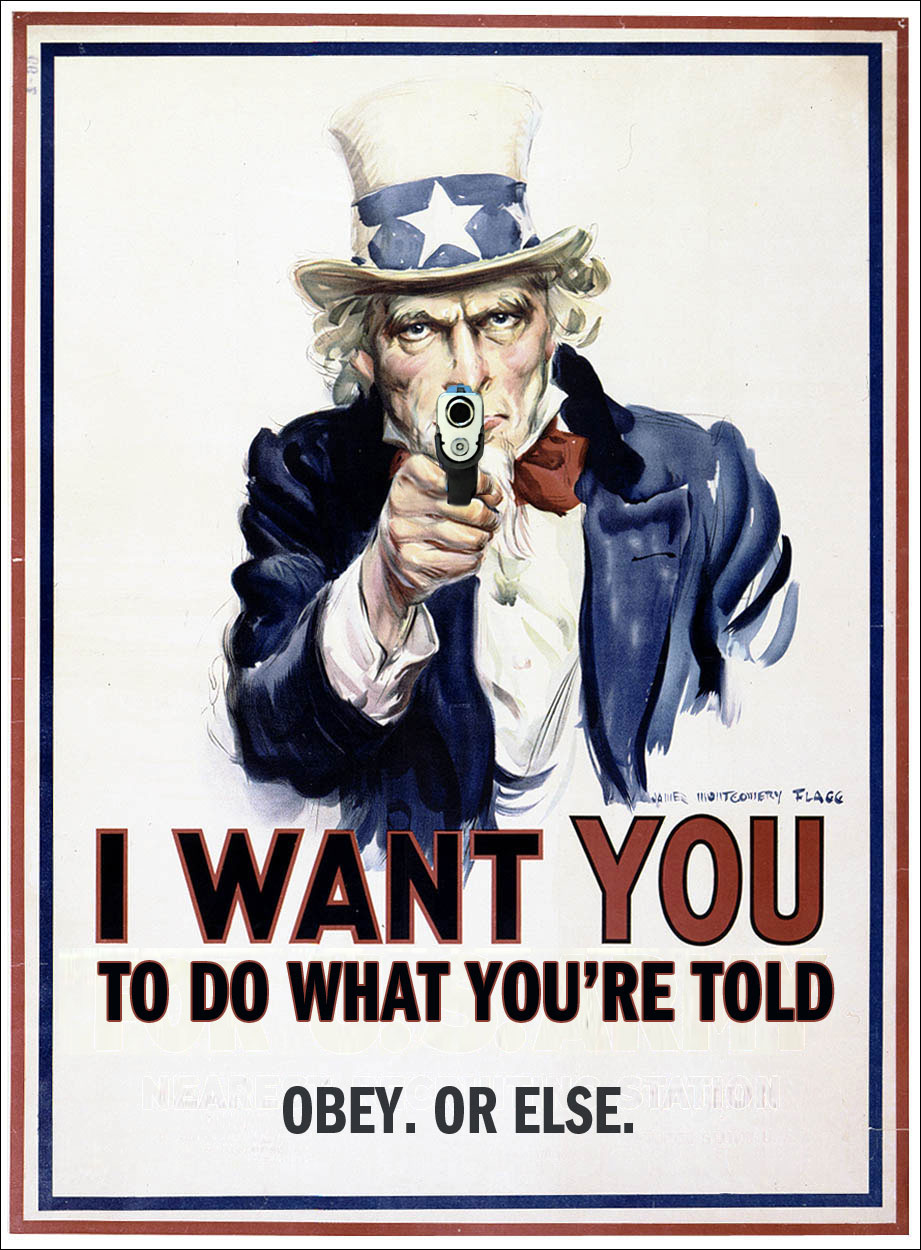 witnessed leads many to believe that a market crash is just around the corner. If that happens, Katie bar the door – we really could see riots in the streets. It would make a certain amount of sense for the government to need ammo to maintain order. Right?

Except that none of the DHS agencies are really tasked with that. The Army has created and trained units specifically tasked with dealing with domestic riots (the fact that our Constitution prevents the Army from operating within our own borders, against our own people has evidently not given anyone in charge the least bit of pause). Domestic security is usually tasked to the National Guard. They’re not on the list of agencies receiving this cornucopia of ammunition. Funny thing, that.

Bottom line, what we’ve got here (in the immortal words of Strother Martin) is a failure to communicate. The Federal government never communicated why they need this much ammo, and what they plan to do with it. We are waiting on answers. Are they “keeping us safe” by arming the Social Security Administration and the National Weather Service? I find that hard to believe. But I can believe that they are worried about riots and armed revolts. Because DHS is tasked with keeping the homeland safe, I wonder if this is how they plan to go about it. As for me, I think I should leave you with the words of Founding Father Ben Franklin ringing in your ears:

Those who would give up essential liberty to purchase a little temporary safety deserve neither liberty nor safety.