Party planners will tell you that ‘venue is everything’ when hosting an event. Given this insight, what does it say about Alabama Republicans who are holding a “victory party” Tuesday night at a 52,000 square-foot gun range?

In my book, it says that they’re awesome.  I mean, what better way to celebrate election night than to squeeze off a few rounds with your politically minded pals?

As we all know shooting can be celebratory (a way to express glee and jubilation) and it can be cathartic (a way to vent frustration), so no matter who wins those Republicans will have their bases covered.

The victory party is being held at Hoover Tactical Firearms on Montgomery Highway in Hoover, Alabama (see flyer for details).  The party, paid for by the Alabama Republican Party, will run from 6 to 10 p.m. with range time from 5 to 8 p.m. 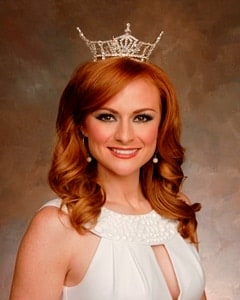 Attendees can bring their own gun or rent one from the folks at Hoover, party spokeswoman Shana Kluck said Monday in a press release.

However, if you plan on shooting, you must purchase ammunition there, you can’t bring your own ammo, she added.  Special deals will be available for people attending the GOP event.

While the range is open during the party, no alcohol will be served.  Once the range has closed, organizers may allow attendees to imbibe.  However, they have yet to make a decision on that, but one thing is for sure:

“There will be no alcohol allowed at the shooting ranges,” Kluck said.  Safety first!

What’s also cool is that there will be an appearance by Miss Alabama, Anna Laura Bryan of Decatur, who will sing the national anthem (as you can tell by her picture, she is very easy on the eyes).

And this bluegrass band (see video below), “Act of Congress” will perform.

All in all, it’s shaping up to be a pretty fun soiree.

Overall, what do you think of throwing an election party at a gun range?  Something you’d be interested in attending (regardless of your political persuasion)?

Also, what are your predictions – does Obama win a second term?  Or does Romney become the 45th President of the United States?