While we still don’t have a lot of information to go on about the soon-to-be-unveiled ZiP, from what we’ve seen it’s clear that this little gun is going to get a lot of attention. The ZiP is a modular firearm chambered in .22 Long Rifle that can be reconfigured to suit your purposes. And it looks like the Kriss Vector and Double Tap had a lovechild. 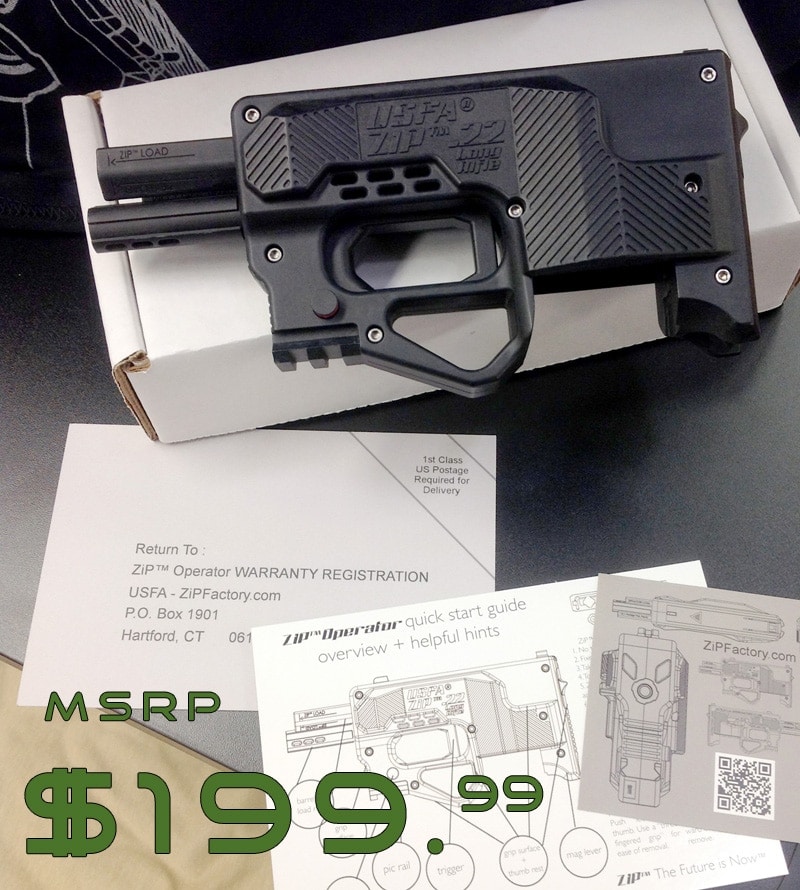 Made by U.S. Firearms’ Zipfactory in Hartford, Conn., the ZiP is far removed from the hand-made, case-hardened .45 Long Colt single action revolvers they’ve built their name on. The ZiP is a polymer-framed semi-automatic pistol that’s compatible with Ruger 10/22 magazines.

But the firearm itself is just one aspect of the ZiP platform. It has a modular top-strap that can be fit with different accessories, ranging from standard dovetail sights to red dot mounts and even an SBR adapter, which lets you strap your ZiP to a rifle’s railed handguard—because it has a buttstock and is meant to be fired with two hands but a barrel length less than 16 inches, it is an SBR and requires a tax stamp and all that—and the top-straps are just one part of the modular system.

We also know that there are plans to put together a survival kit for the ZiP called the BattleZiP, a buttstock system with room for ammo, magazines and a first aid kit. 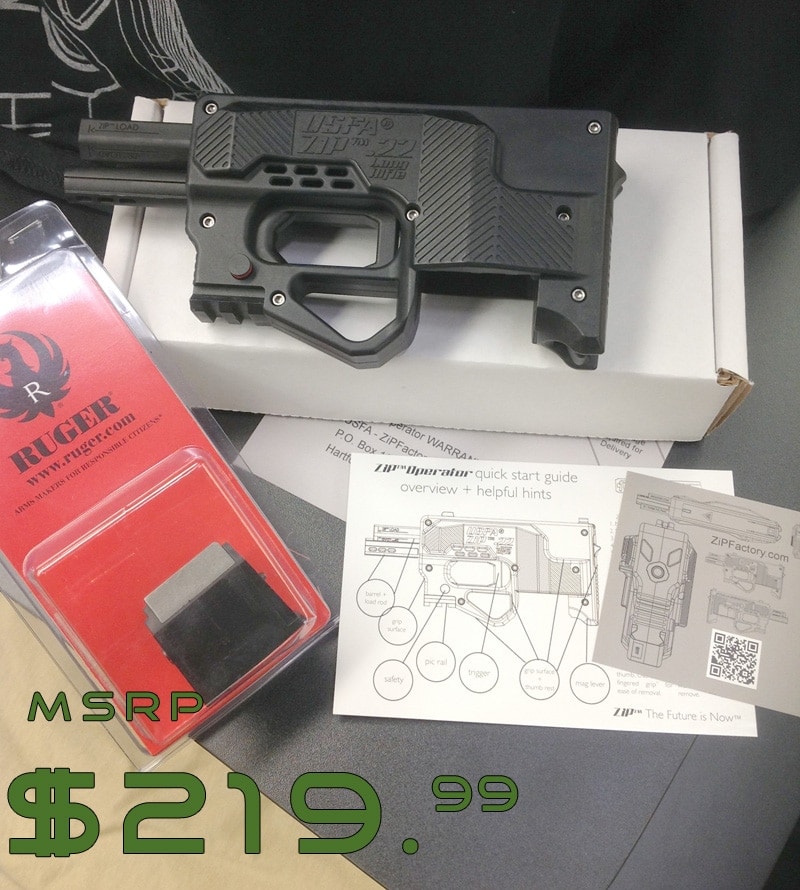 Right now you can sign up for more information about the ZiP as soon as it becomes available, all you have to do is fill out a survey, which also lets you comment on what you want to see packaged with the pistol and make suggestions for what you want to see developed for in the future.

And while there’s much drama to their introductory video debuting the ZiP, their motto is “The Future of Fun,” so at least we’re all on the same page. This crazy little plinker might have some tricks up its sleeve but the ultimate goal, at least for now, is to have a very compact, very modern little .22 pistol.

Best of all is probably the price. This pistol, depending on whether they decide to include a mag or not, will have an MSRP of either $200 or $220. That’s approaching stocking-stuffer territory, especially if the real-world prices are lower.

It will be really interesting to see all the final details about this little plinker. What all is polymer? Will the barrel be easily interchangeable? What are its exact dimensions? What other upgrades and mods are in the works already?

If the ZiP turns out to be truly Lego-like, the possibilities are endless. What would you like to see the ZiP do? Check out the product page for the official launch in just a few weeks.