Izhmash and Izhevsk, two of the most famous small arms manufacturers in Russia, are in talks about the possibility of merging. Both companies have had financial troubles in the recent past, and while Izhevsk pulled through them back in 2009, Izhmash was declared bankrupt and is currently being run by the state.

Merging the two companies will allow production to continue while the Izhmash plant is refitted and modernized. The armory is specialized in churning out huge numbers of rifles, and needs to re-tool to cost-effectively produce for current market realities. But the idea of re-branding both companies under the Kalashnikov name goes further than just updating their equipment.

Creating a brand under the iconic Kalashnikov name is sure to breathe new life into their products. Right now, between Izhmash and Izhevsk, their guns come to America and the rest of the world by the names Saiga, Baikal and Makarov. For people in the know, it may not make much of a difference, but for many consumers the Kalashnikov name brings with it instant and perfect recognition. Everyone knows Mikhail Kalashnikov and his rifle.

And when you think about it, it’s surprising that the Kalashnikov brand doesn’t already exist for these storied guns. There are Kalashnikov watches, Kalashnikov pocket knives and Kalashnikov vodka—a shot from this won’t kill you—but not Kalashnikov rifles, at least no official, commercial ones.

Russian Deputy PM Dmitry Rogozin had this to say. “We need to set up a new-old brand, named ‘Kalashnikov’, based on the two old factories.” Rogozin is partially responsible for the health of Russia’s small arms industry. “Izhmekh (Izhevsk) and Izhmash, with all my respect, are not a brand. Kalashnikov—that’s a brand.”

It’s not just in Russia’s military interest to keep the armory afloat, even though they do plan on upgrading to the recently-developed AK-12, the first major overhaul of the Kalashnikov design since it was first introduced in 1947. The AK-pattern rifle and the company that makes it is part of Russian culture and heritage. 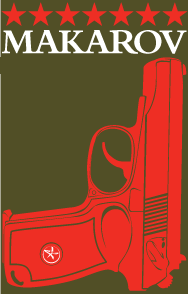 Merging the two companies—Izhmash with more than two centuries of history dating back to Tsar Alexander, and Izhevsk, founded in 1942 in Kalashnikov’s home town—makes a huge amount of sense. We’d be hard-pressed to pick a Saiga over a Kalashnikov and they would essentially be the same thing. Put a Kalashnikov next to a WASR-10 or an AMD-65 and which one would you pick?

Izhmash and Izhevsk are both ready to commit under the new name; the merger will go underway as soon as Izhmash’s current parent holding company, Rostekhnologii, gives the arrangement the thumbs-up.

Current plans for Izhmash to develop 10 new products for 2013 will remain unchanged, as will the $70 million plan to upgrade and modernize the plant over the next three years. We know that the AK-12 is expected to enter full production between now and next year as will official AK-74-pattern airsoft rifles and the new take on the Saiga 12. Rumors about an upcoming 9mm carbine are also pretty thick.

One thing’s for certain. Right now, Americans are emptying gun stores. Shelves are running dry. The faster Kalashnikovs get here, the faster Izhmash—Kalashnikov—bounces back.