All things considered, Tuesday was a good day for gun owners in Louisiana.

By an overwhelming majority – 73 percent of – voters approved a proposition to change the state’s ‘Second Amendment’ provision so that it gives Louisianans the strongest pro-gun law in the country.

Prior to the passage of what was known as ‘Amendment 2,’ the Louisiana Constitution read:

“The right of each citizen to keep and bear arms shall not be abridged, but this provision shall not prevent the passage of laws to prohibit the carrying of weapons concealed on the person.”

“The right of each citizen to keep and bear arms is fundamental and shall not be infringed. Any restriction on this right shall be subject to strict scrutiny.”

There are two distinct changes.  First, the clause about regulating or prohibiting concealed carry was removed.  And second, the tough judicial standard of “strict scrutiny” was added, which means that if the state government wants to impose any restriction on a citizen’s right to keep and bear arms it has to demonstrate a “compelling government interest,” establish that the restriction is “narrowly defined” and prove that it is the “least restrictive means to achieve that interest” (for more on this click here).

In short, moving forward, it will be very difficult for the Louisiana government to meddle with the rights of law-abiding gun owners.

“This is a truly historic day for Louisiana. We are sending a message to the rest of the nation of our strong support of the right to keep and bear arms,” said state Sen. Neil Riser (R-Columbia) who along with the National Rifle Association, backed the proposition in the Legislature.

Riser told the Advocate that the public voted for the change because it saw the federal government and other states “trending toward anti-gun laws.” 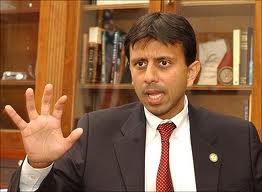 There may also be another reason why Louisianans were inclined to vote for ‘Amendment 2,’ that is they remember, as Gov. Bobby Jindal noted in his op-ed supporting the proposition, Hurricane Katrina, when government officials “went door-to-door, confiscating firearms” targeting “law-abiding citizens, mothers and fathers who wanted nothing more than the ability to defend themselves.”

Obviously, when stuff goes down, in the aftermath of a natural disaster, when looters are on the prowl, that’s a time when the right to keep and bear arms is critically important.

To be deprived of that right during a national emergency, such as Katrina, is unacceptable.  It’s apparent that the voters in Louisiana were mindful of this on Tuesday (Of course, reports out of N.Y. and N.J. concerning looting in the wake of super storm Sandy probably provided added incentive to get to the polls and vote).

Unsurprisingly, the change in the law had its fair share of naysayers.

“I just think this puts us on a real slippery slope,” state Rep. Terry Landry (D-New Iberia) told the Advocate.

Opponents fear that the measure will lead to more legal challenges and appeals from criminals who were involved in gun-related cases.  They also argued that the law could upend gun prohibitions on college campuses, churches and government buildings, according to the Associated Press.

Supporters dismissed those concerns and said the new law is primarily designed to protect gun owners from pro-gun control courts and judges.

Though, as law professor Eugene Volokh pointed out, there are some laws that are now vulnerable to being challenged and subsequently overturned, i.e. the New Orleans ban on stun guns and the denial of concealed carry rights to 18-to-20 year olds.  Not that overturning these prohibitions would be in the least bit bad for society.