The M&Ps will make the biggest waves, as they represent a serious change in the world of handguns. Called CORE—Competition Optics Ready Equipment—designed to accept popular red dot sights from the factory. While there are a small number of handguns that are out-of-the-box ready to accept optics, like the FNX-45 Tactical, they’re uncommon and often command a serious price premium. 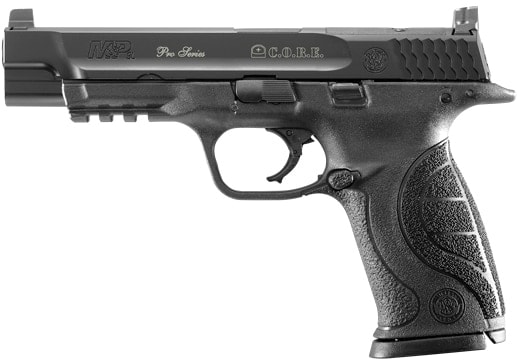 By introducing not one but four new M&Ps that can, with adapters, accept Trijicon RMR, Leupold Delta Point, Jpoint, Doctor, C-More STS and Insight MRDS optics, Smith & Wesson is committing to idea of handgun optics in a way that no other commercial producer has ever. These guns also have redesigned iron sights to lower-third cowitness with red dot sights.

These M&Ps are designed for competition and range use, and have other features that will appeal to the run-and-gun crowd, such as a redesigned, extra-grippy set of interchangeable backstraps and an updated trigger that promises a clean 4.5-pound break and positive reset. The old M&P trigger was the object of a lot of scorn, and any improvement there will be happily accepted. 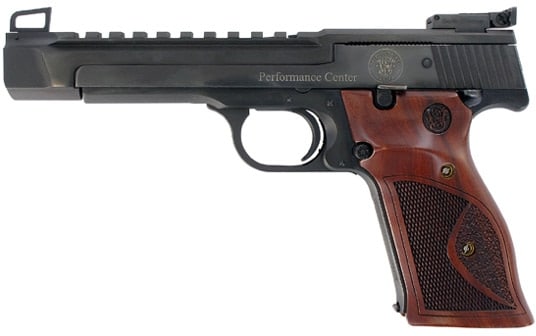 The four models include two 9mm M&Ps and two .40 S&W, each with 4- or 5-inch barrels. The 9mms have a capacity of 17+1 and the .40s 15+1. We can’t help but think that the 9mm, particularly the 4-inch model, would make a great suppressor host, too, with its raised sights. Just throw in an extended, threaded barrel and it goes from competition to tactical in a pinch. All four have MSRPs of $730, which makes some of them the most affordable optics-ready pistols out there.

The Model 41 is also geared for competition, and promises to be a great platform for gun games like the Steel Challenge. It’s a Performance Center-tuned .22, a refined full-size Model 41 with a 5.5-inch barrel. Weighing in at a clean 41 ounces, this pistol intends to get on target and stay there. The barrel housing has been modified with a Picatinny rail that runs the length of the barrel, and the sights, like with the CORE M&Ps, are raised. They’re also fully-adjustable.

The trigger is what really drives this Performance Center Model 41. With a 3-pound pull, plus or minus a couple of ounces, and an adjustable travel stop, this pistol is ready for some of the highest levels of competition from the factory. It has an MSRP of $1,580. 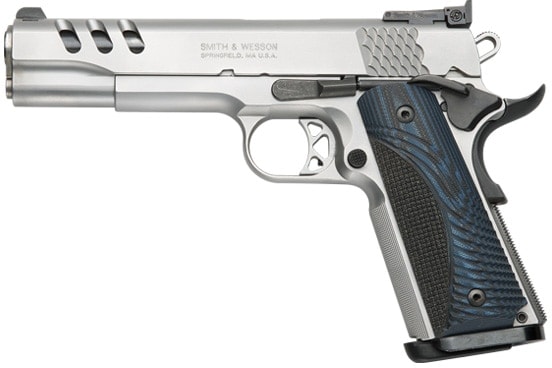 The last two pistols are Performance Shop SW1911s that are just as comfortable on the range as they are on the nightstand, and one would make for an extremely fine carry piece. 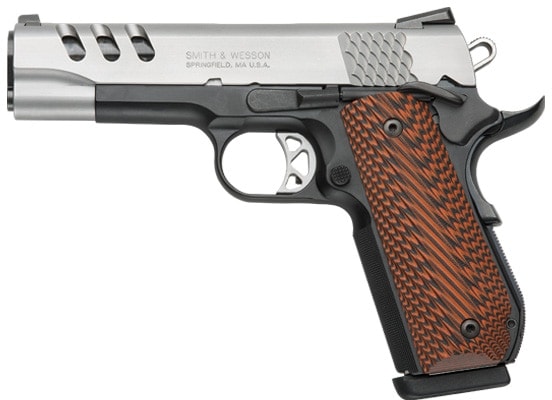 The second SW1911 is similarly-featured but built on a Scandium alloy frame with a bobbed grip and Novak-cut fixed sights. The full-size SW1911 weighs 40.5 ounces and the compact alloy SW1911 weighs just 29.6. Both have Performance Center-tuned triggers that should break between 3.5 and 4 pounds. These classy 1911s have classy pricetags; both have $1,540 MSRPs.

There’s a little something for everyone with these new handguns, but we have to say we’re very pleased to see the CORE model M&P pistols. At some point in the future, having the ability to install a red dot sight on your gun without having to pay a gunsmith to machine and refinish your slide may be a common, everyday feature. Today it’s not, and Smith & Wesson is setting a new precedent with these CORE pistols.

For all of the details about these new Smith & Wesson handguns, check out their product pages over at the S&W Performance Center.