Damage Industries, one of our favorite-named firearm accessory manufacturers and retailers, has put together a new product that’s so deceptively simple and universal that they’re probably as surprised as we are that it hasn’t been done before. They’ve developed a drop-in quick-detach sling point that replaces the standard sling loop on mil-spec AR buttstocks.

The QD Socket GI Stock swivel mount, which you can find for the paltry sum of $15, mounts in the same place as the standard sling loop in USGI and OEM fixed rifle and adjustable carbine buttstocks, and has ambidextrous mounting holes for standard QD slings. 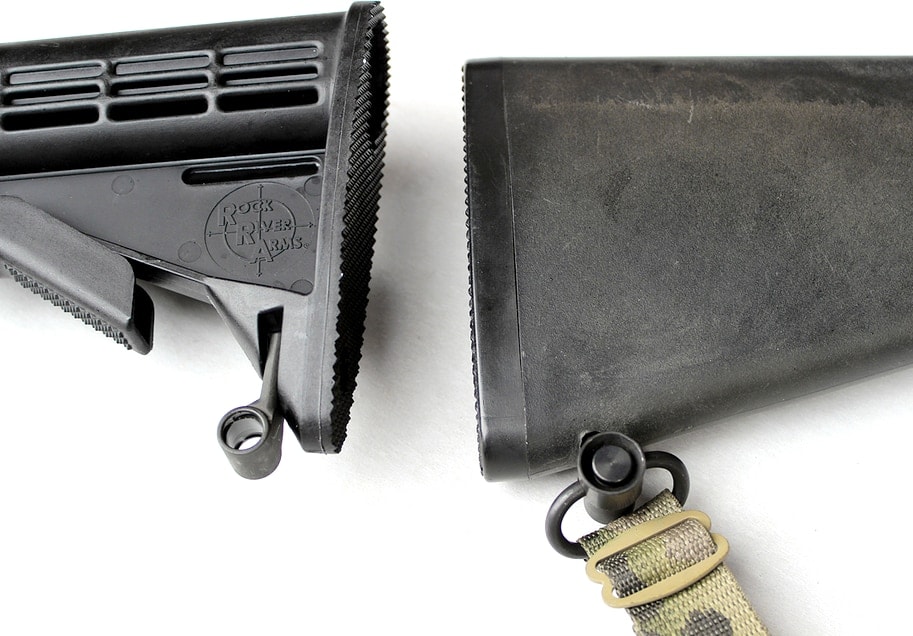 It’s one piece and made from 4140 steel, so you can be sure that if it ever breaks your rifle has other things to worry about, and given a standard manganese phosphate finish to match the original. It allows for 360 degrees of rotation, but QD adapters are sold separately.

They do carry QD sling adapters, notably their D-Loop swivel. Another clever little solution, this QD adapter is designed not for standard slings but slings that end with clips. The D-Loop prevents the clip from slipping from side to side, twisting or any other crap that they do when they’re clipped to standard sling loops.

Their D-Loops are made of stainless steel and can be had au naturale or with a black oxide finish. They also offer standard sling swivels, in 1- and 1.25-inch widths. Damage Industries’ sling swivels also run $15. 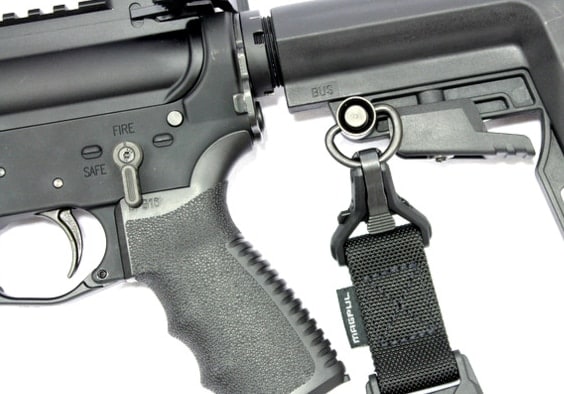 AR-15 News has a mini-review of the D-Loop sling adapter and some pretty swanky photos, too. “I took the pictures below to show you guys how well they worked with my Magpul MS3 Gen1 to create my own version of an MS3 QD.  The new ‘D’ shaped ring on these QDs makes more of a difference than I had originally anticipated.  The sling doesn’t feel like its binding up or fighting against the QD because it stays in the smooth arched area of the ring instead of twisting and slipping from one side to the other as with a standard Webbing Ring QD.”

If you’re not looking to upgrade your rifle but are building one from scratch, you might want to check out their mil-spec buttstock with integral QD sling points. It’s got the style and function of a standard M4 buttstock but has a QD hole on either side in front of the adjustment lever. It’s just $35, priced in-line with standard M4-type buttstocks. 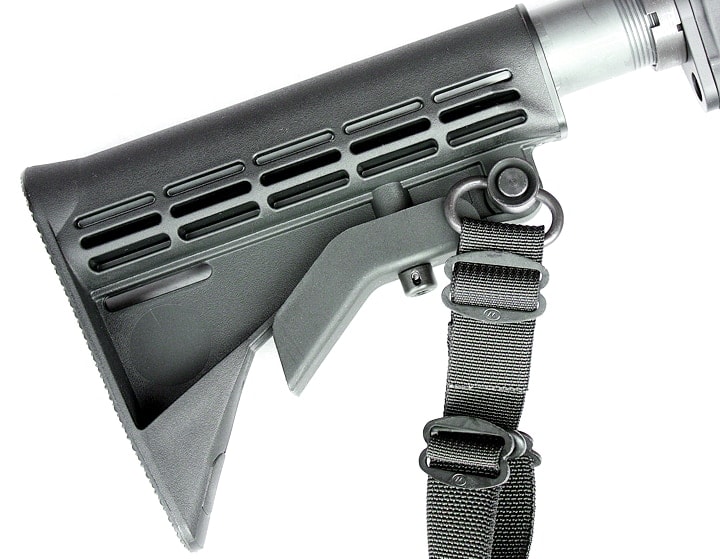 Damage Industries also has their own line of AR furniture, which is what first brought the company to our attention. They are enterprise leaders in manufacturing original-looking AR-15 carbine furniture in a wide variety of colors including our number one pick, SHTF Brown.

We like Damage Industries. They’re clever, and that’s always a plus with us.