How do you describe the Metro Gun System? The Metro Gun System is the answer to the question, “I wonder what would happen if I added three feet or so to my shotgun’s barrel.” We’re not sure if its inventor, L.P.Brezny, had any expectation of what six feet of barrel would result with, but the final product is one ridiculously quiet shotgun. 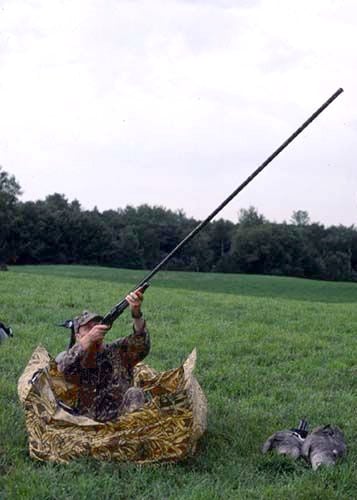 Using special sub-sonic ammunition designed with the cooperation of Federal, a shotgun equipped with the Metro Gun System operates at about 72 decibels. Even with super-sonic ammo the crack at the muzzle is just 82 decibels.

It makes sense. A suppressor is a device that captures the gas escaping from the muzzle of a barrel. This barrel is so long, and has such great gas capacity, that it does the same job. The only difference, besides being massive, is that—legally-speaking, according to the ATF—it’s not a silencer. Which means that there’s no special process to get one, and it’s legal in all 50 states, even for hunting.

The Metro Gun barrel extension is essentially an enormous, extended 12-gauge choke. It requires a threaded barrel, and at its muzzle, it is likewise threaded for chokes. The extension also has tiny ports along its entire length, which allows small amounts of gas to bleed off and lose pressure over a longer period of time. This also makes it a sort of very long compensator. (Snicker.)

The porting and small amount of extra mass also make it a soft shooter. So not only is this good for low-profile hunting and pest control, it reduces recoil and noise, perfect for introducing people to shotgunning. 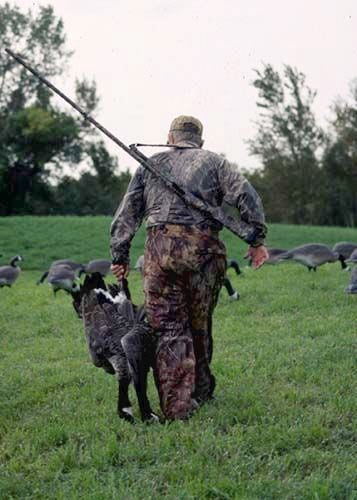 From the website: “Not only does this innovative, 32-inch, fully-ported screw-in barrel extension reduce the report of your shotgun by as much as 50 percent (more when using subsonic loads), it also substantially improves patterning. In fact, tests revealed consistent 85 percent patterns at 40 yards before the barrel was even fitted to accept choke tubes. At 1.1 pounds, it doesn’t add excess forward weight. And the barrel extension disappears completely behind the bead, free from your line of sight.”

Metro Gun barrel extensions are made with threads for Benelli, Beretta, Browning, Mossberg, Remington, Ruger and Winchester shotguns. The extension costs $257 and they do make adapters for 20-gauge shotguns.

You know, when we first saw this, we thought it was a joke. But now, not so much. We’re genuinely interested in the Metro Gun System. You can read all about it and their other shotgun accessories right here. For the complete photo gallery of Metro Guns in action, go here.

Whether you’re looking to do some low-noise hunting, need to dispatch pests without bother the neighbors or just want to tame a 12-gauge, consider the Metro Gun System.