There are two main types of preppers.  Some are breaking out the old Boy-Scout Handbooks and lashing machetes onto their shotguns’ barrels with telephone cords, and counting down the days to the apocalypse.  This type of prepping is fun and requires imagination.  Once you’re sure you’ll be left behind, I’d suggest studying Bruce Campbell films for survival techniques.

I’ve indulged in this sort of prepping more than once.  What with the end of the world scheduled for next month, might as well. 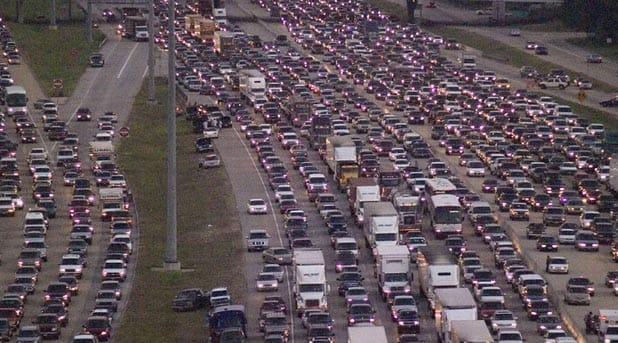 But Super Storm Sandy has gotten me thinking again about more realistic (and must less cathartic) scenarios.  I’m talking about locally focused events that require people to leave quickly and travel light.   After all, every good bug out that has ever occurred, ever, has happened sans zombies.

The second type of preparing requires watching the weather and deciding how to get out of Manhattan before the bridges close and the tunnels flood.  And what to take with you with when you go.

We’ve even written about guns and bug out bags.  And two weeks ago, I thought that article was a good introduction.  Not this week.  I’m moved to write a bit more. 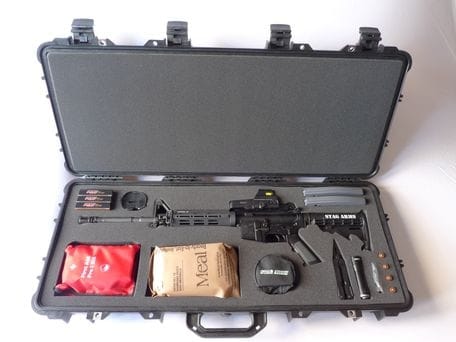 I know some preppers who think a breakdown rifle is ideal for bugging out.  True enough, if you begin your evacuation in the country.  A Ruger 10/22 Takedown, or a Henry Survival Rifle, for example.  While these are arguably concealable, they are not easily concealed.  They’re great for wilderness situations.  But in urban environments, the biggest threats are lawless humans.  And you will gather more than you will hunt.

Others like the Kel-Tec pistol caliber carbines.  And they would make solid choices.  But they’re still difficult to hide.  I can hear some of you scoffing and loading up your ARs anyhow.  I share your sentiment.  And the Stag Arms 2012 Executive Survivors Kit looks like a great idea.  But it would be difficult to carry, and impossible to conceal.

If there aren’t zombies, there may still be rules of social order.  During the aftermath of Katrina, the National Guard and many other agencies were ordered to confiscate weapons, to disarm a legally armed populace.  They confiscated the guns they could see, first.  I’m not saying it is right.  I think it is wrong.  But it happened.  And it will likely happen again.

Handguns offer immediate access and high concealability.  If I was going to carry only one gun, it would be a full-sized 9mm.  My choice is the Beretta PX4.  The PX4 is a lightweight, dependable sidearm.

I prefer the 9mm round because the ammunition is not difficult to come by.  I prefer the double action of the PX4, as it is easy to use, and intuitive for those who may not be as familiar with guns, like my wife (who, despite my efforts, still assumes that every gun will shoot when the trigger is pulled). 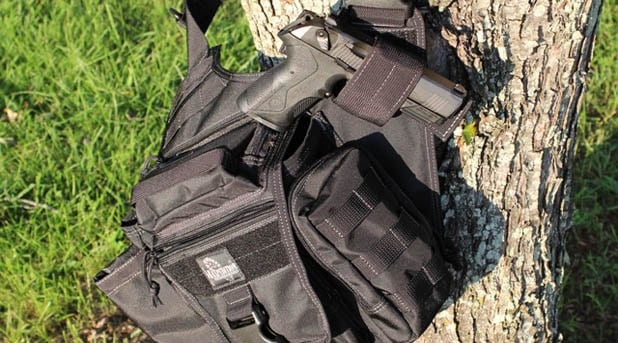 Part of bugging out in urban environments is an inherent compromise between being prepared and being a target.  You don’t want to tract the attention of law enforcement by looking too tactical, or too armed.  You may not want to attract unwanted attention from others, either–those who realize too late that they’re under-prepared.

I prepared to bug out for Sandy, but Virginia was spared, mostly.  In the end, our lights didn’t even flicker.  Nothing.

Be prepared.  But think about legal issues as well.  If concealed carry permits are legal where you live, get one.  Know reciprocity laws if you might be bugging out to a different state.  Take the necessary precautions.  It isn’t as fun as shopping for a collapsible bow saw that will store in its own inconspicuous tube, but it may be far more useful if you wind up on the run in a city, or in the flooded suburbs.