Florida’s Citizen Safety and Protection task force has concluded that the state’s controversial ‘Stand Your Ground’ law does not need to be significantly altered or amended, upholding and affirming the central self-defense aspect of law.

“The task force concurs with the core belief that all persons, regardless of citizenship status, have a right to feel safe and secure in our state. To that end, all persons have a fundamental right to stand their ground and defend themselves from attack with proportionate force in every place they have a lawful right to be and are conducting themselves in a lawful manner,” the draft recommendation stated. 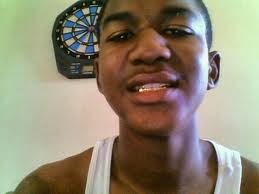 The 19-member task force, which was assembled by Florida Gov. Rick Scott in the wake of the Trayvon Martin shooting, spent the last six months reviewing the law, examining research on the law’s impact and going around the state taking public testimony from those who’ve been affected by the law, all with the intent on presenting its findings to the state Legislature.

When the dust settled, it was clear that the law, while not perfect is necessary.

“We reaffirm the validity of the legislation that was enacted in 2005 and the importance of the ability of a truly innocent victim to be able to stand his or her ground” if they are attacked, Sen. David Simmons (R-Altamonte Springs) one of the original architects of the law, told the  Tallahassee Bureau.

Though, with that said, the task force hopes that lawmakers will consider making some minor adjustments to ensure that the law is applied more consistently across the state when the legislature reconvenes in January.

Among the panel’s recommendations include explicating how the immunity from detention or arrest, for an alleged shooter, should be applied during an investigation.  Currently, there is some confusion among different departments, said task force member and Okaloosa Sheriff Larry Ashley.

“I think, from law enforcement perspective, the question is what does ‘criminal prosecution’ mean, does it mean that we can or cannot detain someone? I believe that some law enforcement agencies believe that they are hindered in their investigation,” Ashley told the AP.

Additionally, the task force recommended that the lawmakers look into ways to clarify the role of neighborhood watch volunteers, so that it does not encourage vigilantism.  A volunteer’s objective is not “to pursue, confront, or provoke potential suspects,” the draft recommendation stated. 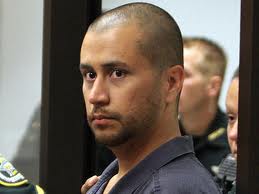 One will recall that man who shot and killed Trayvon Martin was George Zimmerman, a neighborhood watch captain, who may have unnecessarily pursued and confronted the unarmed 17-year-old.

For gun owners and those who believe that self-defense is a fundamental right, this is good news.  It shows that sound judgment and a reasonable assessment of the facts will prevail in the end.

However, for those who favor gun control, the task force’s recommendations were tough to take.  Some critics of the law, including Sen. Oscar Braynon (D-Miami Gardens), cried foul, claiming that the task force, because of its political makeup, was doomed from the start.

“I don’t think any task force full of people who support the [‘Stand Your Ground’] bill are going to say anything other than, ‘It’s a wonderful bill,'” Braynon said and added. “I think it’s really going to take an uprising by the people of Florida.”

Well, Braynon might be waiting a long time for that uprising.  According to NPR, two-thirds of Floridians believe that the law does not need to be changed at all.  As it turns out, it’s not just the task force that favors the law.  The public does as well.