What's Up at Ithaca?

It happens enough that it has become a sad cliche.  A company makes a product and makes it so well that it lasts.  It’s obsolescence is not planned.  Or common.  Then another company comes along and makes a similar product, maybe not as good — but good enough — and cheaper.  And the first company tanks.

So what happens when that first company decides to go back into business?  If you are curious, keep your eyes on the Ithaca Gun Company.  They’re back in business and making the same indestructible shotguns that made them famous.

But they’ve made some big changes.  The old Ithaca Gun factory was at the base of a beautiful waterfall in the Falls Creek neighborhood of Ithaca, New York.  But that incarnation of the company closed it’s doors a while back.  The old factory has been razed.  Environmental clean up efforts have made the area habitable, and what used to be a twentieth century firearms powerhouse is now apartment housing. 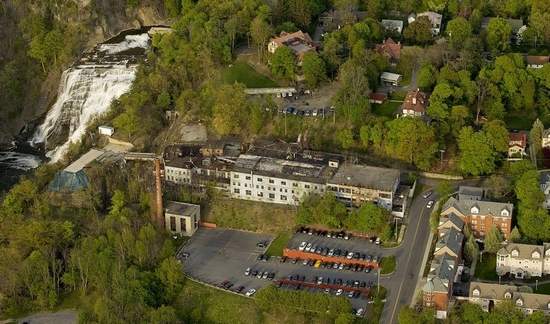 New York may have another apartment complex, but they lost the Ithaca Gun Company.  After a series of moves and changes of ownership, and a brief closure, Ithaca is back and thriving in Upper Sandusky, Ohio.  I bet Ohio is happy to have them, too.

Ithaca is back to doing what they do best.  Ithaca makes pump shotguns, but they’re stepping up their production of 1911s, too.

What does Ithaca do that’s different?

I think this can be summed up by one specific example.  If you look at shotgun barrels, you will see many variations.  But most barrels and barrel lugs are soldiered or brazed together.  A braze is not as strong as a weld, and a weld is not as strong as a lug that’s machined from the same billet of steel as the barrel.

But this is a very difficult process.  It requires the removal of much more material, which creates more waste (which is recycled) and more wear on tools.  But it is a sign of uncompromising dedication, and is easier with modern CNC machines.  Most of us will never subject our shotguns to the type of abuse that will break lugs, or crack a brazed join, but nice to know we could. 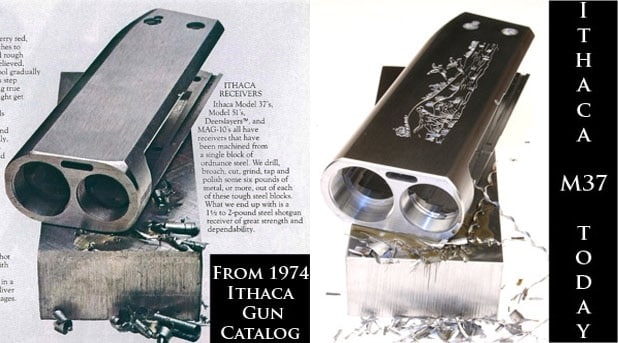 And they’re still machining the receivers from steel, too.  Same as it ever was.  Only the modern production methods should help to keep costs manageable.

The Model 37 shotgun of old, a John Browning design that was popular with law enforcement agencies (like the LAPD and NYPD) is a hard sell in a market dominated by the Remington 870 and the Mossberg 500.  But it can hold its own again those guns.  The Model 37 can hold its own with any pump gun on the market. 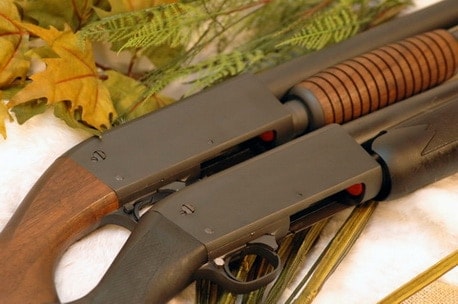 Ithaca’s 1911s have a tougher row to hoe, if only because there are so many 1911s out there now.  Ithaca may have more of an honest claim to making 1911s than some, as they filled 1911 contracts during the war.  Yet their new guns are far from the 1911’s mil-spec origins.

The new Ithaca 1911 is a blend of custom firearm and collector’s piece.  Their pistols start out at $1,800.  While that isn’t too bad for a custom gun, it isn’t chump-change.

When Ithaca made their comeback, they announced a truly distinct 1911, finished with a mix of high polished bluing and engine turning on the barrel, hammer, guide rod, and magazines.  There is a highly detailed review of the gun pictured below at m1911.org. 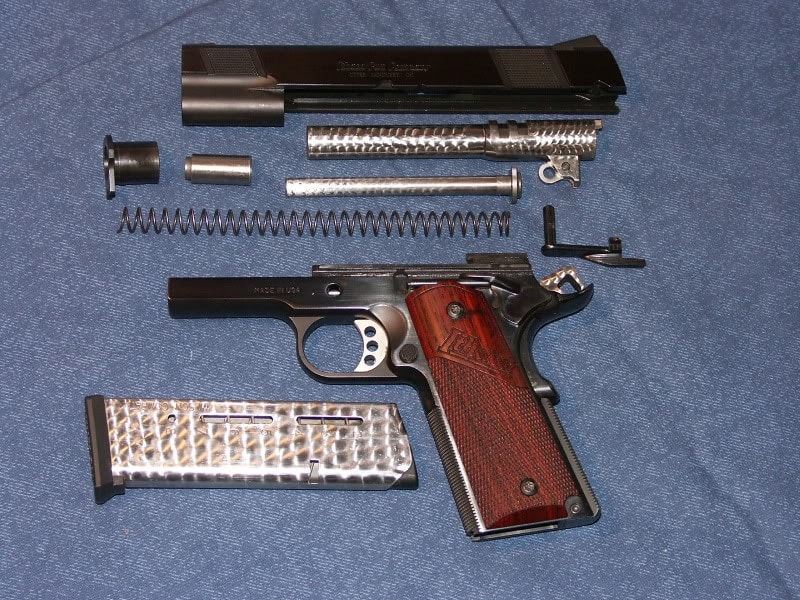 Engine turning is one of those odd art forms that is rumored to have evolved from a utilitarian desire for efficiency.  The grooved circles, or jeweling as it’s called, hold oil better than highly polished steel.  Yet the process is so labor intensive, (and easy to botch) that it exceeds the craft distinction, and has been elevated to a high decorative art.

Ithaca has sold about 100 of these this year, and about 500 or more of the base models, which are still ridiculously nice.  And they’re set to debut some new 1911 options in January, though they’re not giving any hints beyond that yet.

This is the niche that Ithaca is set to fill.  Though they are making some excellent service grade guns, Ithaca will rely on their custom and limited edition guns for a while.  Their custom shop does great work.  From the basic engraving services, to the carving of highly figured walnut stocks, Ithaca can take a really pedestrian gun like the Model 37 and make it shine.